vvvv » Documentation » Using vvvv » Spreads
» Patching with Spreads
This site relies heavily on Javascript. You should enable it if you want the full experience. Learn more. 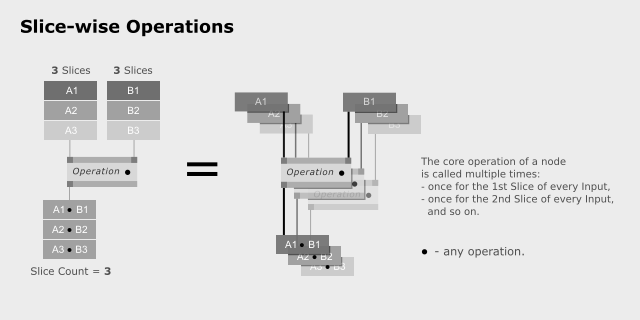 When a node's inputs have different slice counts what happens is this: The output slice count is defined as the maximum of its input's slicecounts. When accessing slices of inputs that have a lower count the index is taken modulo its own count resulting in a repeated access of only the slices that are available.

If any of a node's inputs is nil, its output also returns nil. 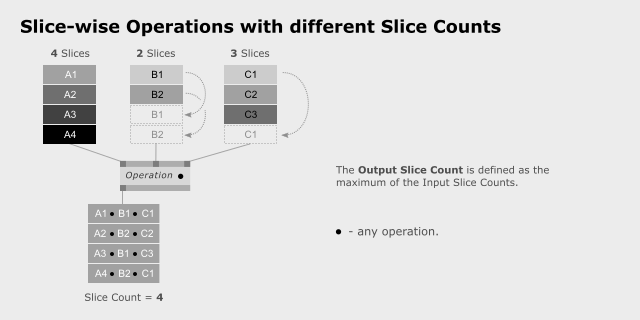