vvvv » Documentation » Learning » Courses
» node08.workshop.DMX
This site relies heavily on Javascript. You should enable it if you want the full experience. Learn more. 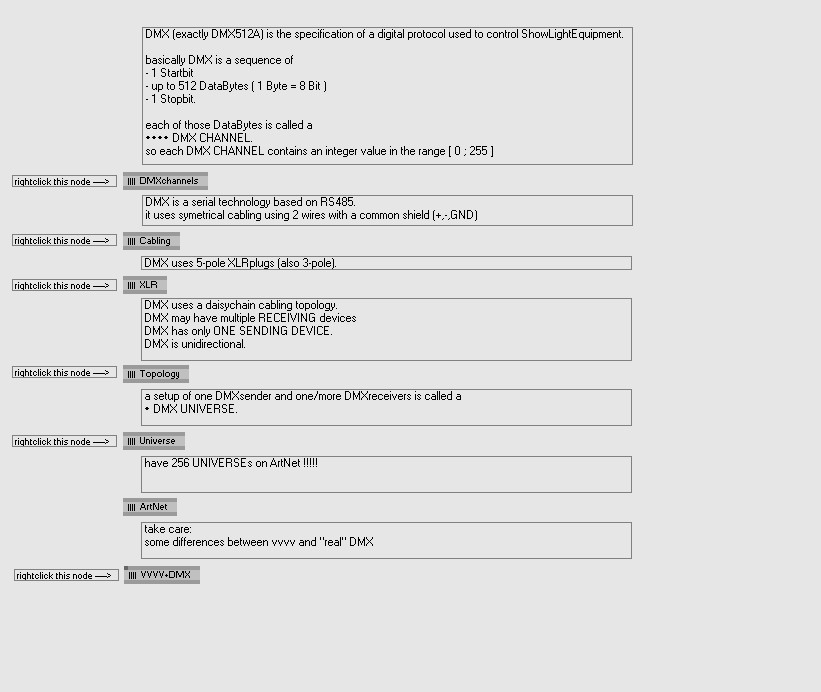 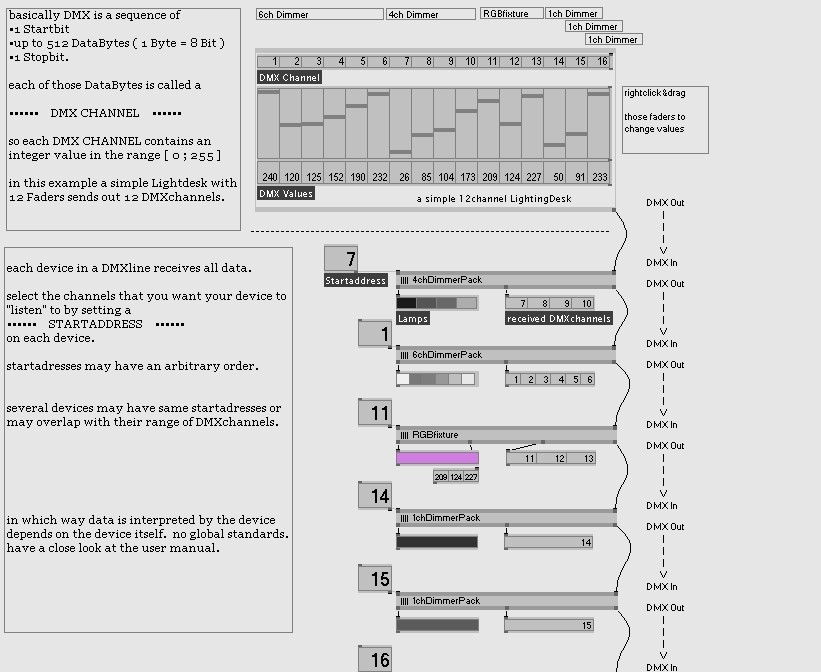 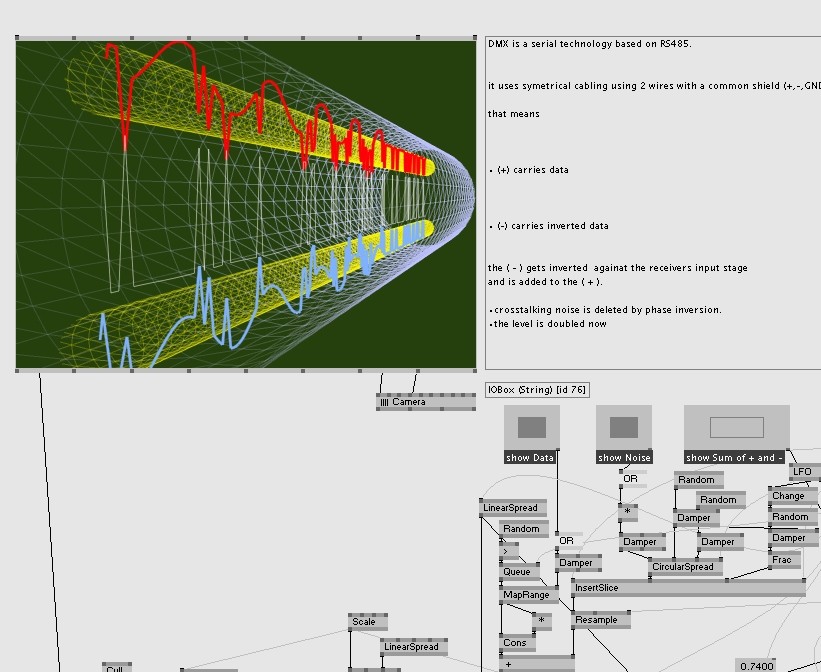 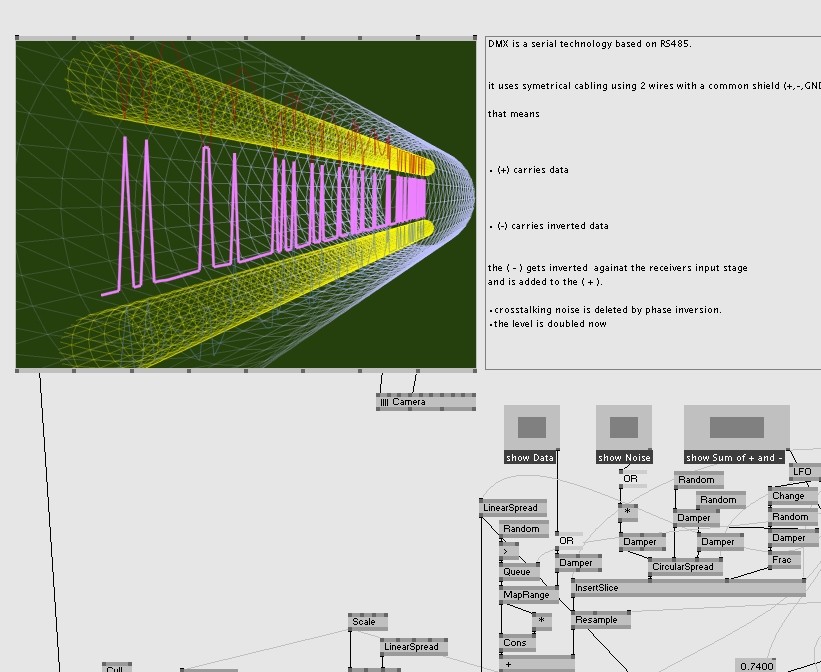 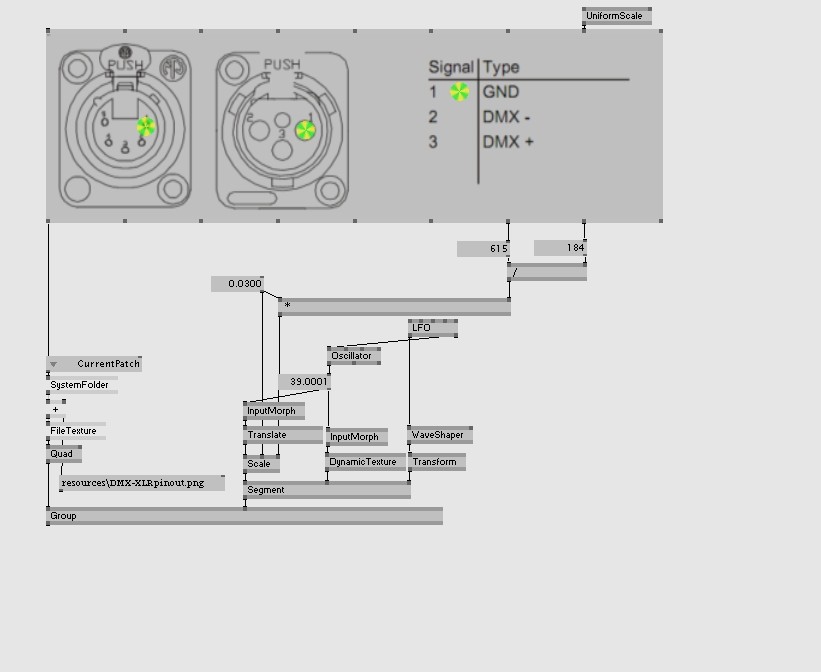 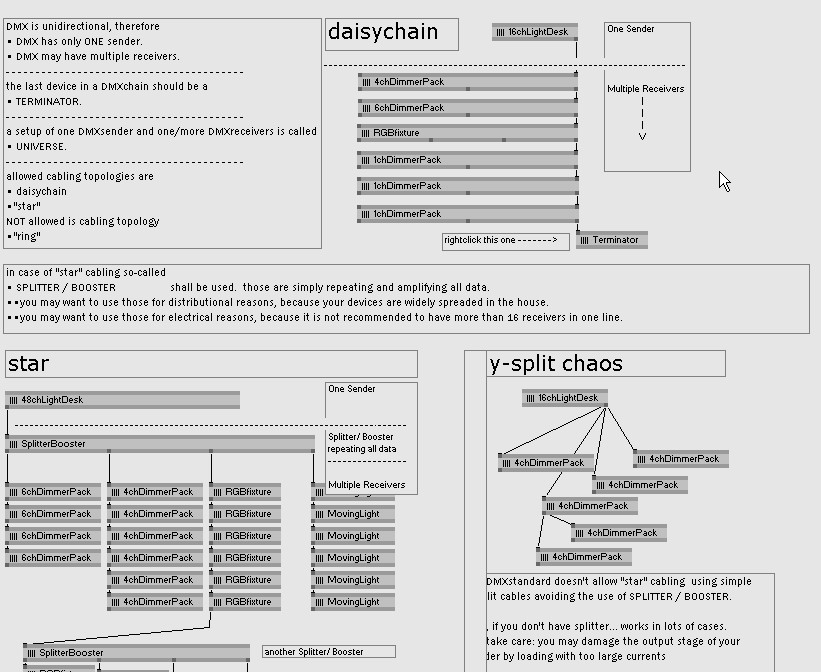 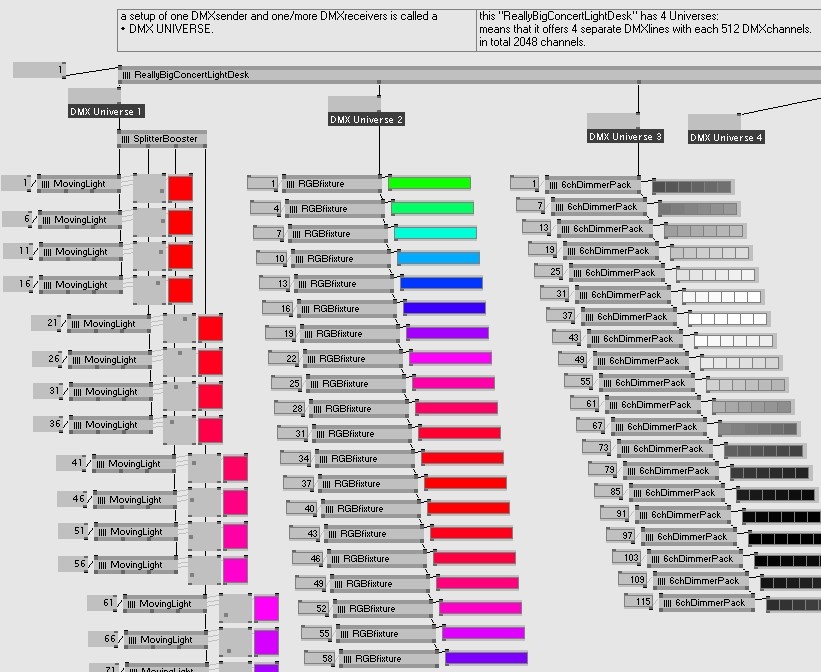 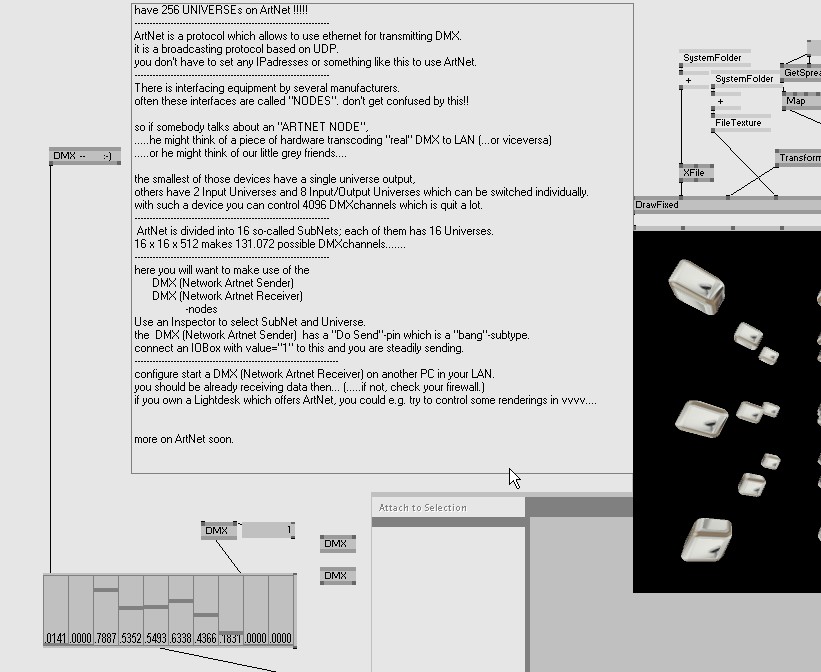 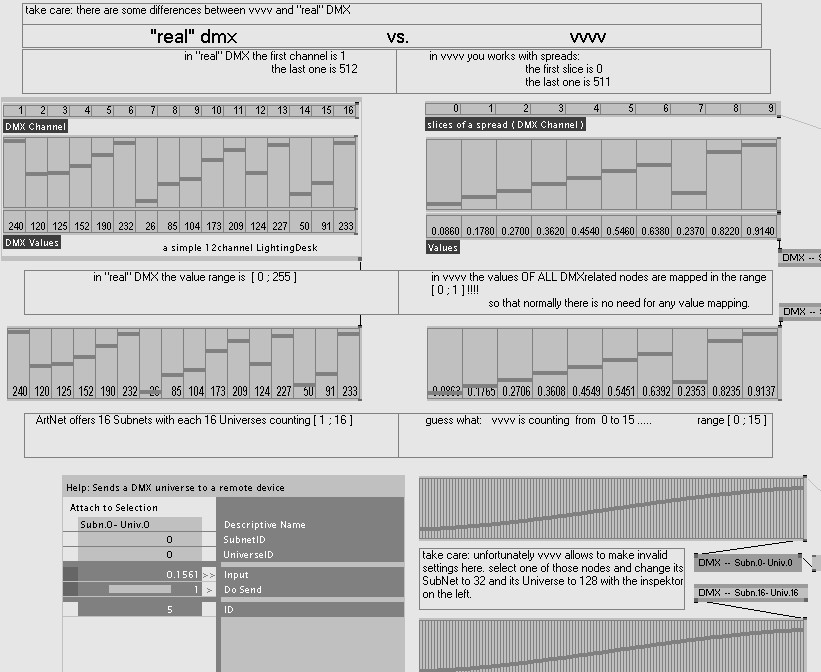 Chris Plant a.k.a catweasel started doing live visuals in 1991 with a bunch of 16mm cine projector and 35mm slide projectors, hand animating onto blank film stock.
Soon video became a layer amongst the panoramic projections until in 1995 he started playing animations triggered from an Amiga 1200 and became hooked on using computers for live video, touring with Rockers Hifi and Bentley Rhythm Ace amongst others. He came across vvvv soon after the public beta was announced and after a year or so had become a fully fledged vvvv addict. These days as well as vjing, he creates content for media servers, mostly in vvvv, as well as creating media servers with vvvv for TV shows and live events. Excerpt of References: Content, and custom built media server for the X Factor 2005/6( winner of best entertainment show in the UK) Content for projections and LED’s lighting fx for Dancing on Ice 2006 (winner of Royal Television Society Award for Lighting 2006) Content and media server/pixel mapper for HyperDriveB, a BBC space comedy. Vjing for the Modified Toy Orchestra, all done in vvvv, although 2 tracks are video based, the rest are created in vvvv, including playback and composting of stop motioned animations.

Andreas Karlen a.k.a kalle has been working as a professional Sound/LightEngineer in various Live Events for about 14 Years.
In 1996 he had the first collaboration with 3deLuxe (http://www.3deluxe.de) and did several DMXprogramming and further more development of custom kinetic light objects. Since 2001 almost “full employed” as a freelancer and indeed the very first user of vvvv since few days before beta1.