vvvv » Documentation » Using vvvv » Spreads
» 铺展和切片
This site relies heavily on Javascript. You should enable it if you want the full experience. Learn more.

The original english version of this page is newer and may contain information this translation does not have! Click here to view the english version. 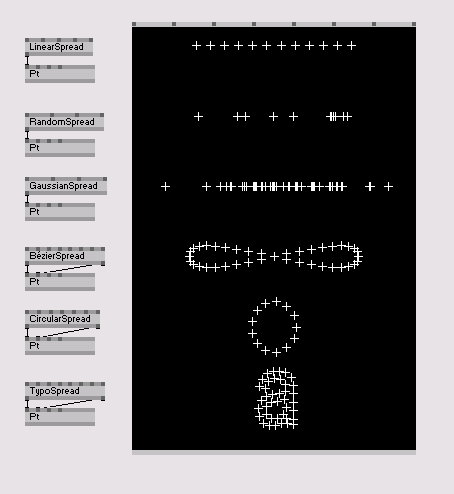 The LinearSpread is one of the most basic spreads in vvvv. It creates a spread of values linearly spread out across the given range. The following graphic is from the help patch of the LinearSpread. 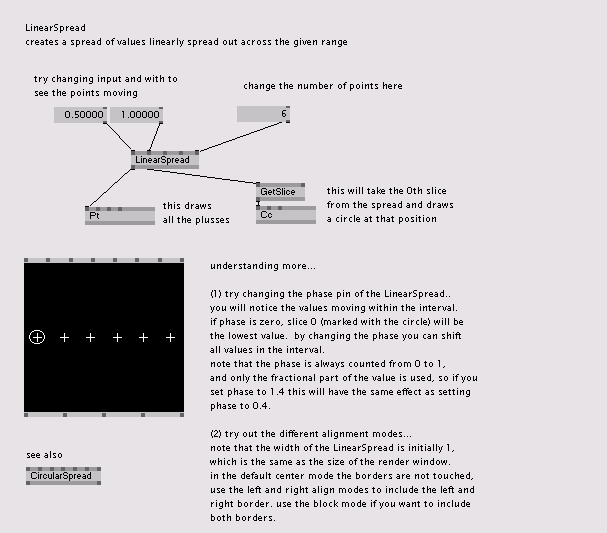 The circular spread is also a very basic spread. It will arrange x and y values along a circle or oval shape. This will allow you creating circular arrangements very easy, as you don’t have to deal with the typical sine and cosine formulae usually associated with these calculations. 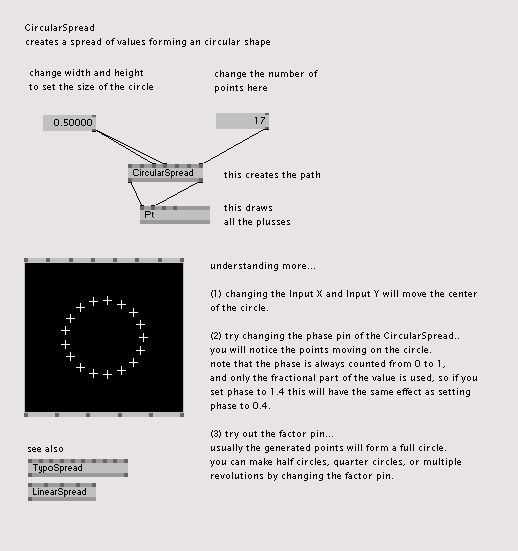 To create more complex behaviour, the TypoSpread is often very useful. It creates two spreads with coordinates form the contour of a letter in a given font. It has two outputs, one with the x-coordinates, and one for the y-coordinates. You may like to use it for typographical experiments, but its main use has proved to be as a source of easy to control animation behaviours. There finally may be a use for your cheesy dingbats font collection after all. 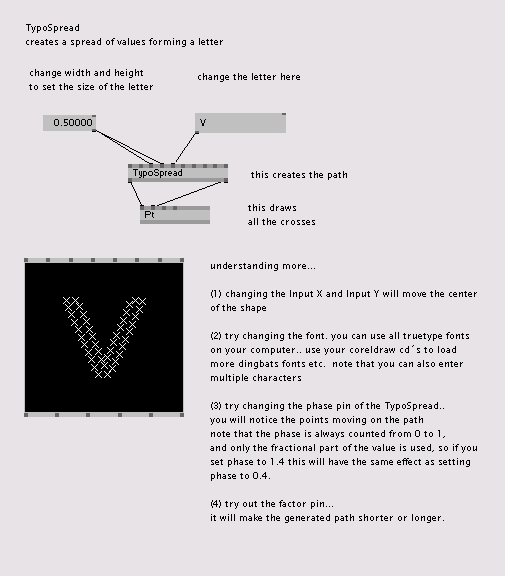 A special class of nodes is called spectral nodes. They are used to calculate single easy-to-use values out of spreads of input values. A typical example would be statistical parameters like mean, width, minimum and maximum. The Bounds (Spectral) node for example calculates mean, width, maximum and minimum at the same time. 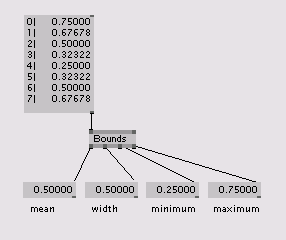 Spectral nodes are also particularly helpful for certain string operations: The spectral string addition for example concatenates all individual slices into one slice: 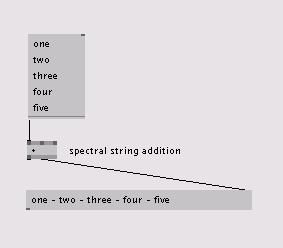 A simple example would be distributing 5 slices on 1 pin to 1 slice on 5 pins: 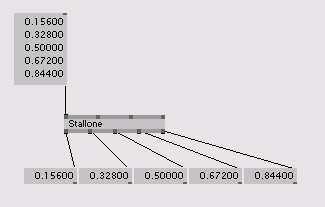 The reverse is also possible by setting the input and output pin count pins and the SliceCount pin: 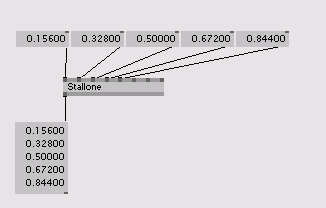 With the Spread Count pin you can select how many output slices should be generated. If there are not enough input slices, Stallone just starts over from the first slice of the first pin and repeats the values.

Internally Stallone manages one large Spread which contains all slices from all inputs which gets distributed to the slices of all outputs. The internal SliceCount is the product of the maximum of all inputs and the number of pins (except one of the pins has SliceCount 0 - then it is also 0)

The output slices are distributed in a similar way:
a) In Pin Sort mode the first bunch of slices is copied to the first pin, the second bunch to the second pin etc. and
b) In Slice Sort mode all pins get their first slice, then the second slice etc. 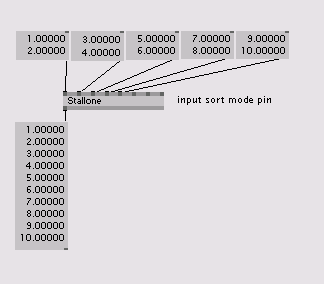