vvvv » Userpages
» PACMATCH
This site relies heavily on Javascript. You should enable it if you want the full experience. Learn more. 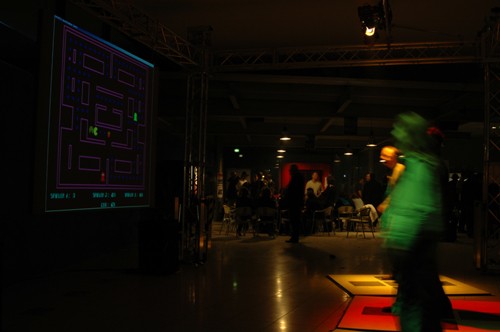 PACMATCH is a sportive Computer-Game, based on the classic Arcade-Game Pacman(1980). The pLayers must jump around on big keyboard-like jump-boards to control the characters. The game is projected on a screen in front of them. Unlike the classic Pacman, being single-player, PACMATCH is a multi-player game. 3 Players play with and against each other. There is two ghosts that have to catch Pacman and of course our childhood-hero Pacman, who must eat all the pills to go on to a next round. Also there are magic pills, that let Pacman eat the ghosts for a short time (to make it not too easy for them to catch Pacman). But when Pacman is being caught by one of the ghosts a new round starts and the players switch. That means, if you have been Pacman before, you will be a ghost now. This ensures, everyone will be Pacman once in a game. Each jump-board is illuminated in the color of the player that is controlled by this board currently; so you know, who you are. If you play Pacman for example, your board will shine yellow, the same for the green and the red ghost. One game lasts three minutes or, if not every player could play Pacman within this three minutes, as long as everyone has been Pacman once.

The nice thing is that everybody, who knows Pacman, understands the game right away. But anyway it takes a moment to get used to the different control-interface, what challenges people and makes them real eager. Also people start to communicate with each other right from the beginning. They shout nasty words at each other, when they are being eaten, or make common cause with each other to catch Pacman together. In one game you will once be the other players enemy and once their fellow. A real love-and-hate-thing!

Since the game is highly dynamic and interactive, we also wanted it to have highly dynamic sound as well. Each player should generate an individual sound tune, depending on his action. So what sounds still nice, when several people are making music together? Right - a canon! So we took the canon "Frere Jacques" ("Brother John", ...ding dong dong), because that is the one we most hated in kindergarten. To make it not too bad, we transposed it to minor. There are 4 themes of the tune, each player matches one instrument. The themes are played according to the direction each player walks in. So if the green ghost walks to the right, theme "right" is played by the instrument for the green ghost, if Pacman walks down at the same time, the instrument for Pacman plays the "down"-theme. Because it is a canon, it matches perfectly and creates an unique, truly interactive soundtrack. Additionally there is a bass and drums, of course to support with a driving rhythm, and all kinds of special effects like the stressing "wiiiu wiiiu wiiiu wiiiu", when Pacman has eaten a magic pill and is able to eat the ghosts. The sound is generated by a live sequencer, that plays midi-files, which is triggered by the interactions of the players. This guarantees the different tunes are synchronized at every moment.

So, not only for the players it is great fun, but also just watching is an exciting and amusing visual and acoustic experience.

PACMATCH is a student-project, implemented in winter-term 2004/2005. The Game was first shown at the medianight of HdM-Stuttgart, University of Applied Sciences. We thank Prof. Dr. Johannes Schaugg for support, and all the players at the medianight for making PACMATCH a great experience! 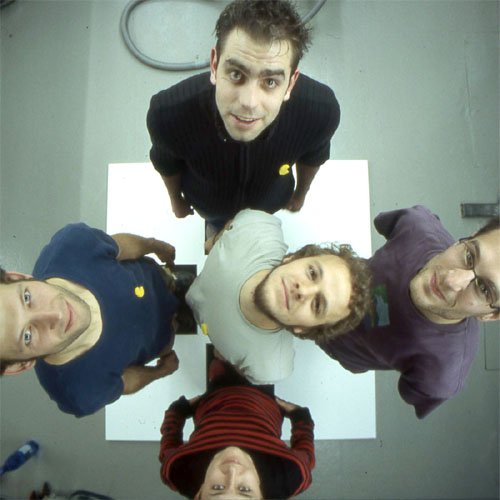 see some little making of PACMATCH. 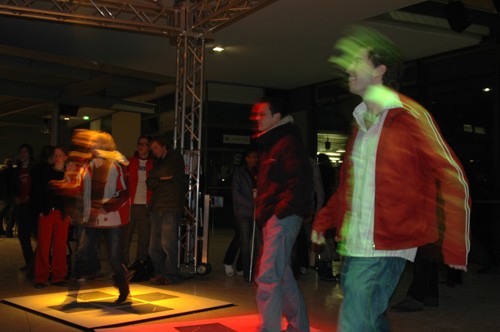 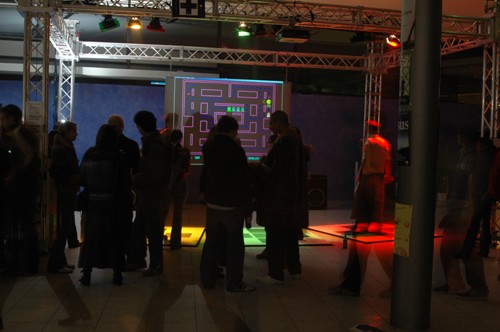 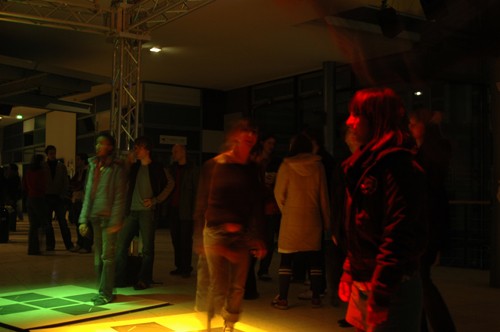 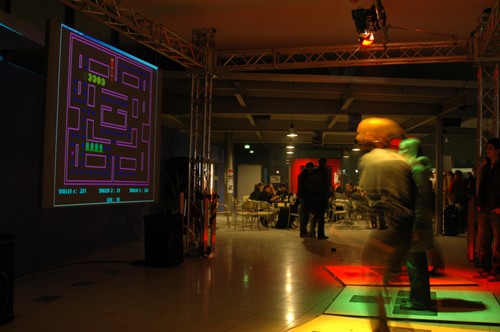 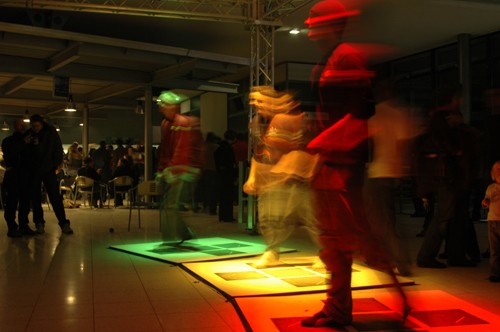