vvvv » Userpages
» making of PACMATCH
This site relies heavily on Javascript. You should enable it if you want the full experience. Learn more.

Of course we used our favourite tool vvvv to implement the game, because it's so much fun programming with boxes. The sound is rendered by Ableton Live, which we triggered via midi-commands sent from vvvv to an other PC, Live was running on.

For inputing the signals from the jump-boards we sobeled up an IOWarrior40 by Code Mercenaries. The Spotlights for the jump-boards (3 for each board - yellow, red, green) were controlled by the parallel port. Via the Parallel Port we controlled 9 Relais the spotlights were connected to. Old school interfacing for old school games!

See some Screenshot of the PACMATCH-Patch, best example for nasty patching. And one of Live?. 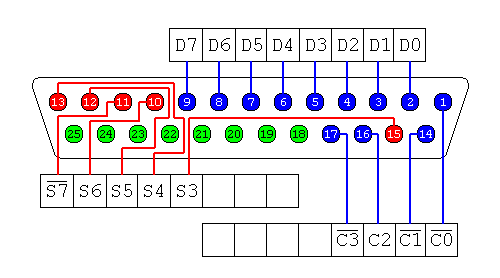 Diagram of the parallel port pins. 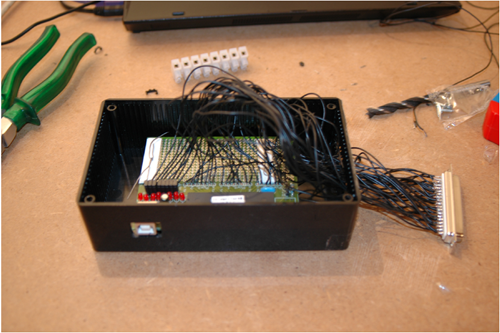 A blurry image of our IOWarrior40 interface board.

This is a sketch of the architecture of the jump-board. 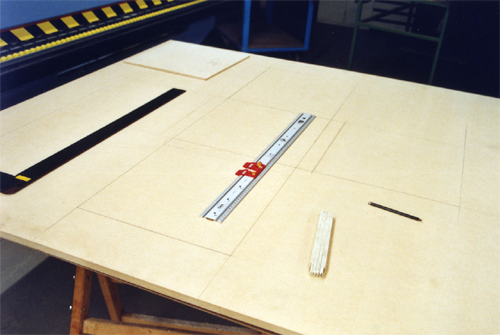 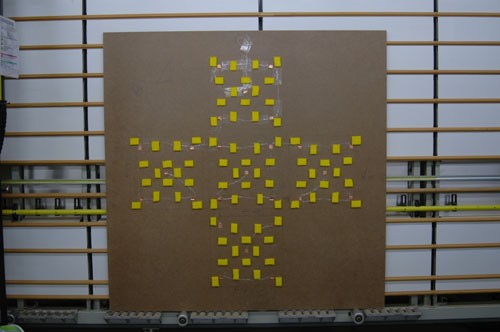 The base-board of one jump-board. We used foam for the cushioning. 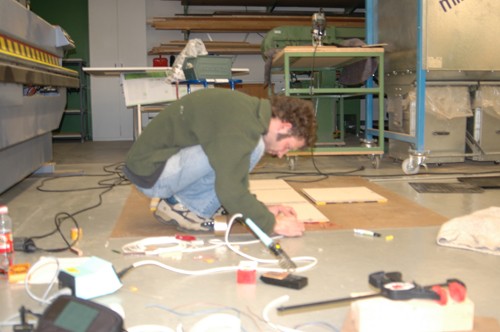 Robert manufaturing the first jump-board. It's all hand-crafted! 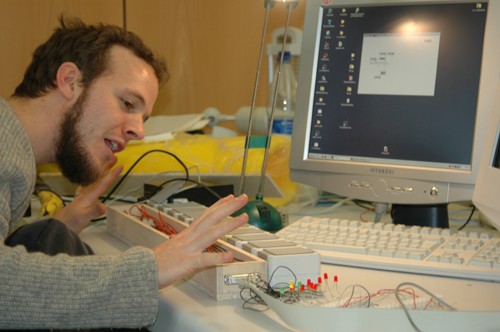 Pascal is happy that our Relay-Board-Interface, controlled by the parallel port, works. We tested it with the green lamp you see in the image. 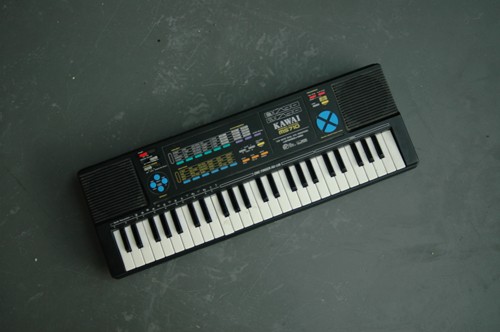 The holy keyboard Pascal used, to record the midi-files of our Frere Jacques - Version. 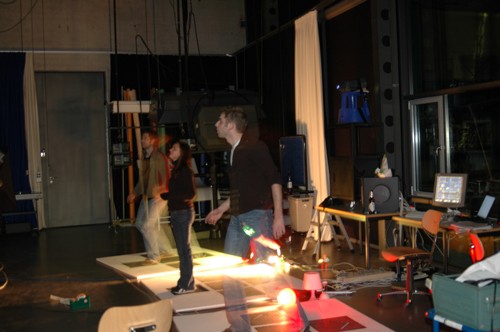 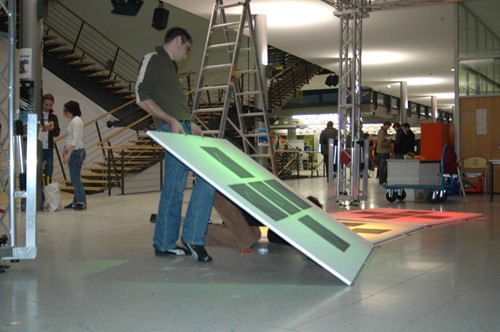 Then the big day came and we set up the game for the show at medianight. 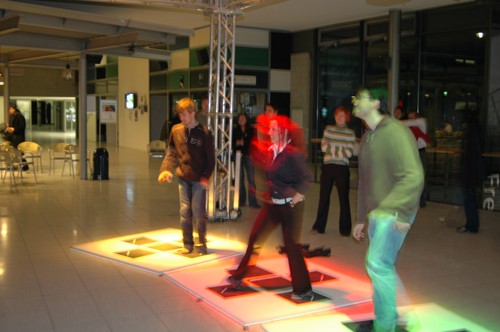 Some fellow students were enthusiastic about testing right after the presentation for the professors.