vvvv » Userpages
» meso-Football Globe Germany
This site relies heavily on Javascript. You should enable it if you want the full experience. Learn more. 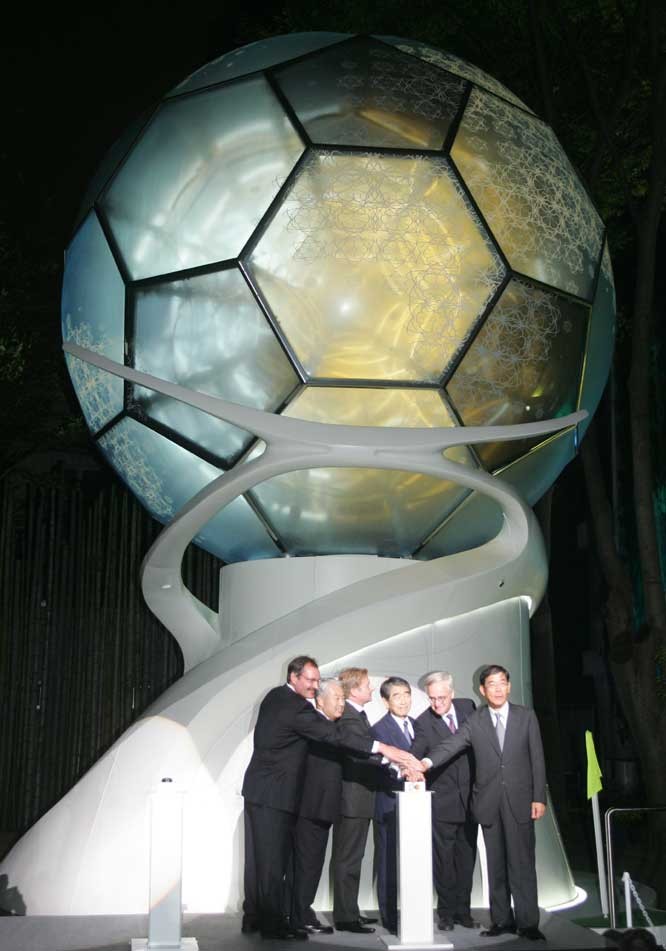 The Football Globe Germany is slanted to tour from Tokyo to Istanbul and Milan (and possibly on to Madrid, Barcelona, Paris and London) before "it's coming home" (excuse the pun) to Berlin for the opening of the "2006 FIFA World Cup(TM)" on june 8th, 2006.

Sponsored by the National DFB Cultural Foundation, commissioned by artistic and cultural programme curator Andre Heller to the Art+Sports GmbH and designed by 3deluxe, this project gave MESO the task of planning and realizing the infotainment stations that deliver its message to the people. 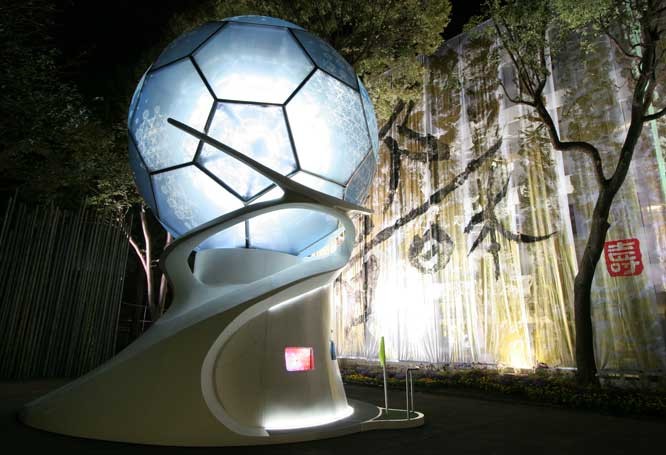 to quote from the press release :
"Football Globe Germany is an object that is more than just a striking symbol – it is likewise an interactive source of information that also delivers fun and games, a hands-on experience that gives firm shape to the joy of looking forward to the World Cup. People interacting with it become part of a global community that expresses its enthusiasm for football – in keeping with the World Cup slogan “A Time to Make Friends™“. The 9m high media sculpture is a living meeting point for the local population and visitors to the international host cities, enhancing the night-time feel of the city with a wealth of fascinating lighting effects."

VVVV is being used to control several aspects of the globe, both by MESO and the prolific light designer/technologist Andreas Karlen (www.karlen.de / Kalle): It creates the realtime responses on three interactive infotainment stations embedded in the base of the ball, and it controls 510 cold-cathode tubes that turn the ball into a stunning nighttime light sculpture which has its own wikipage: kalle.Football Globe Germany. 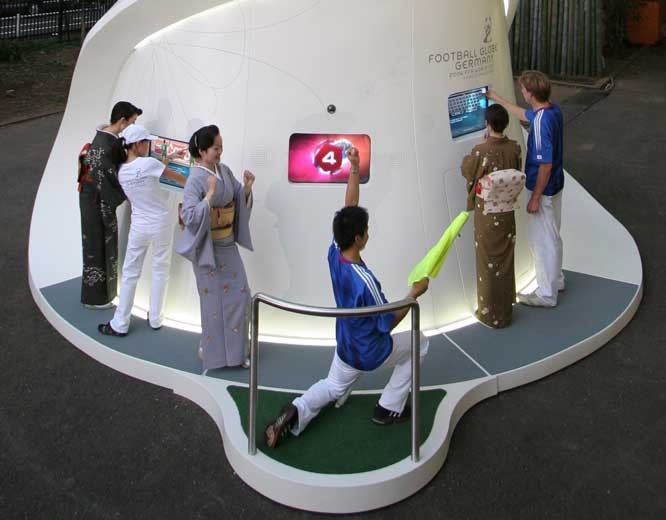 The digital centerpiece - next to two info-browser stations - is a corner flag dance game. Show off your love for football by celebrating a goal like the pros - with a little dance interlude on the corner flag. Your performance will be recorded and broadcast via www.FootballGlobeGermany.com.
Needless to say, in karaoke-happy Japan we've seen quite a few spectacular appearances already. 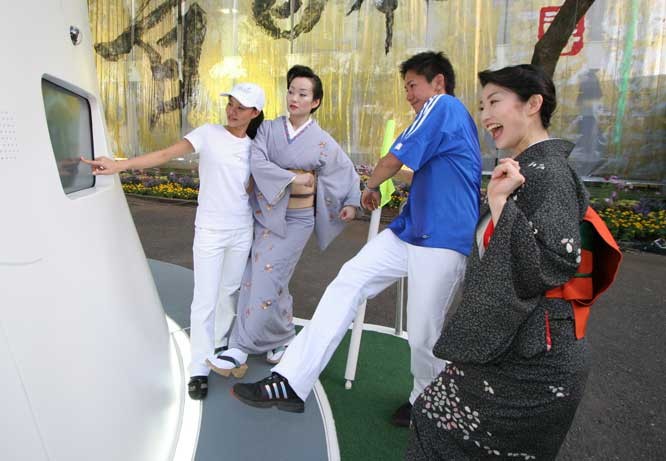 sebescudie: @strblau: kinda hard to tell here! could you start a forum post explaining your issue in more details?

strblau: I received and applied the vvvv dx11 pack, but the (dx11) node does not appear. Anyone know how to do this?