vvvv » Userpages
» majortom projects
This site relies heavily on Javascript. You should enable it if you want the full experience. Learn more.

here you can find all my projects. many would be in so called beta state and i will post new versions sooner or later. feel free to comment on anything. 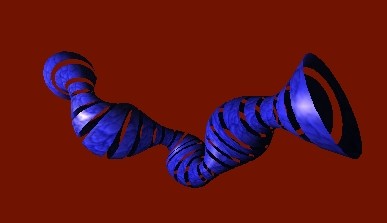 deworm is a flexible node for creating wormlike meshes.

(Click here if you want to add some comments)

It would be very cool if you can draw more than one worm with just one module... maybe add a binsize inlet which defines how many segment long one worm is. and what should happen with the end of the worm? open, filled, rounded? - elektromeier

polygonising a scalar field is an old idea from early ages of CG and solutions are easily found on the web. well known 'marching cubes' algorithm is really fast in code because it works almost entirely on lookup tables.

here is one good tutorial.

things are very different with vvvv. working with large spreads of data is slow and when I started to build the patch i didn't expect it to run in real time. then it looked it might become fast enough with some optimization. finally I landed somewhere in between (majortom to ground control...).

this is kind of pre-release. there is no help patch but two examples named TRY... one is with metaballs. i couldn't find better approach for metaballs yet so that one is very slow.

because large 3D fields are huge spreads of data i have included somehow CPU expensive 'smooth' algorithm so it acts like a tradeoff for smaller fields. take a look:

smoothing algorithm helps somehow but produces some trembling during animation.

balancing just a few simple rules for all members can lead to significant behaviour patterns of the group.

Who you gonna call? 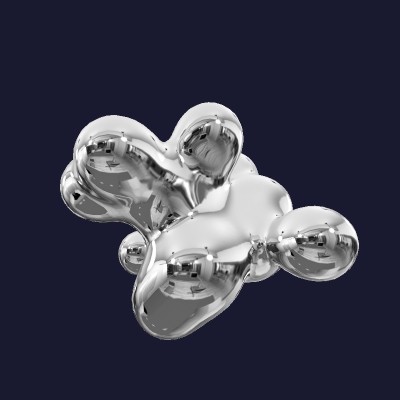