vvvv » Blog
» vvvv gamma 2019.2 - preview
This site relies heavily on Javascript. You should enable it if you want the full experience. Learn more.

...we're announcing the immediate availability of the vvvv gamma 2019.2 series of previews, finally including one of the more anticipated features in vvvv history: Executable Export.

This means we are now in the final stage of the preview leading up to a proper initial release after the waves introduced by the new features in this series have been smoothed out. 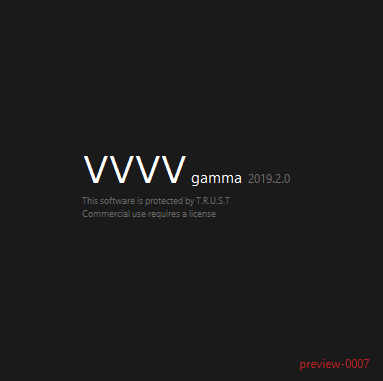 Her majesty... at your service.

A growing number of video tutorials is available on youtube.

We've announced the pricing model of vvvv gamma in a separate post. Until further notice, the previews of vvvv gamma are free of charge but due to its preview-nature we don't recommend using it in commercial scenarios yet.

Unfortunately this preview introduces some breaking changes. This means that projects that were working fine with 2019.1 previews may no longer work correctly with 2019.2 previews! If you encounter such a situation and cannot resolve it on your own, please get in touch via forum or chat! Here is a list of possible problems you may encounter:

For technical details please see the blog post about the New Roslyn based backend.

We'll update this blogpost with new preview-releases regularly. Please check back often and report your findings in the chat, forum or a comment below!

Yess! Will have an instant look at it.
You guys are the best! Congrats and thanks for all the effort you put into this.