vvvv » Documentation » Learning » Courses
» WorkshopChisinau
This site relies heavily on Javascript. You should enable it if you want the full experience. Learn more.

Workshop Series at ksa:k in Chisinau

in 2006 vvvv.org was invited by ksa:k (center of contemporary art) in chisinau, moldova, to do a series of workshops resulting in an exhibition. guided by our friend adel idris, organizer of the workshop-series, three of us spent a nice week in chisinau. not only teaching but also very much enjoying the moldavian cuisine..

for more general information and some videos of the final exhibition see the documentation by ksa:k

Download all Patches from the 5-day workshop here: patches.zip (177.74 Kb) 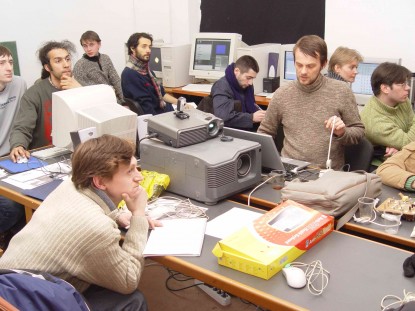 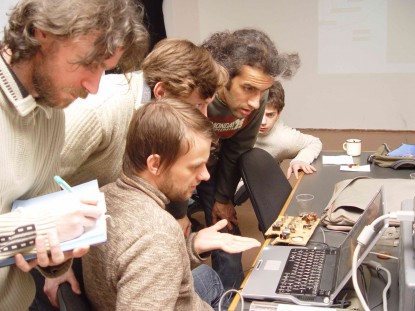 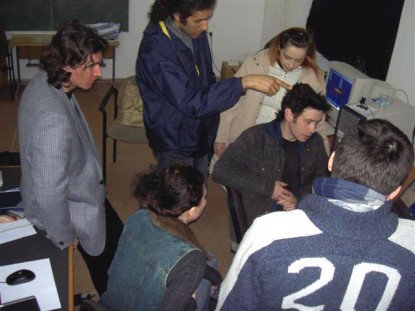 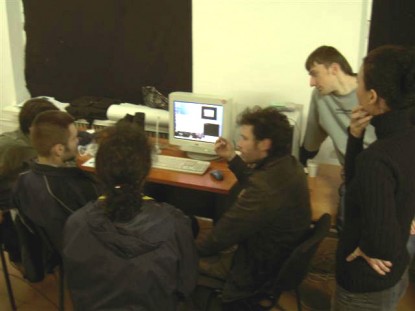 in the last week we concentrated on finishing all the individual works of the participants to show them in one big exhibition. following is a listing of the works that have finally been realized with vvvv: 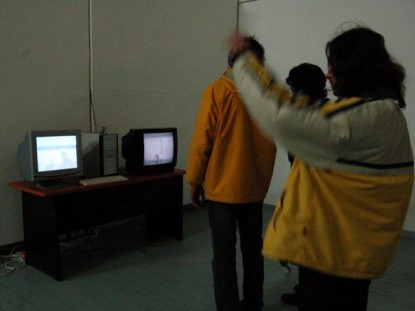 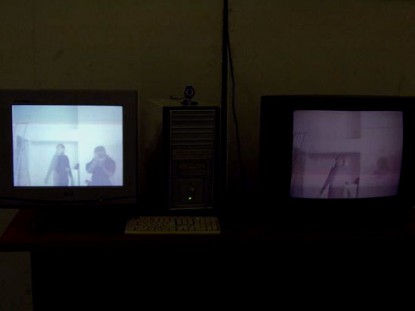 two monitors showing basically the same camera-view, but things that move dissapear on the left screen and appear on the right. 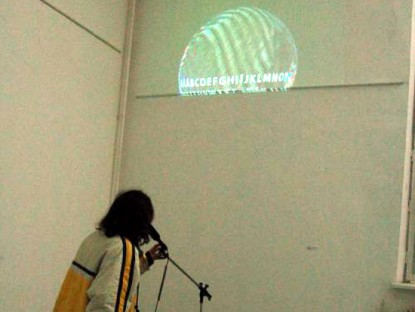 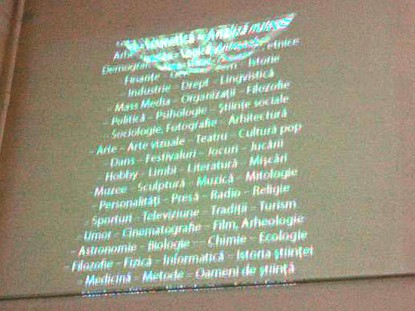 by reading the ascending text you can prevent the ball from vanishing.. 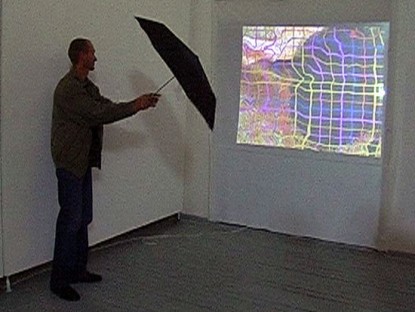 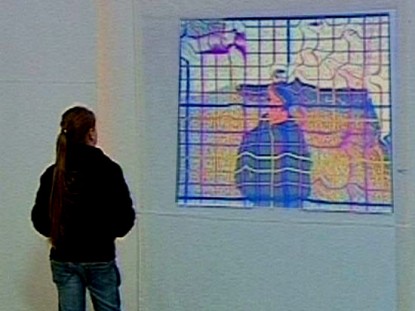 the visitor is trapped inside a grid of rubber-bars. 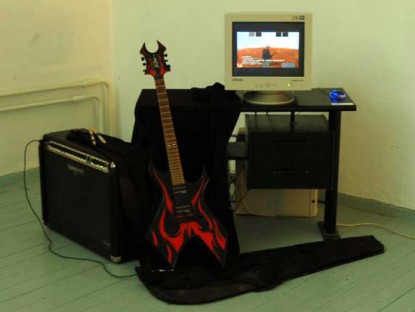 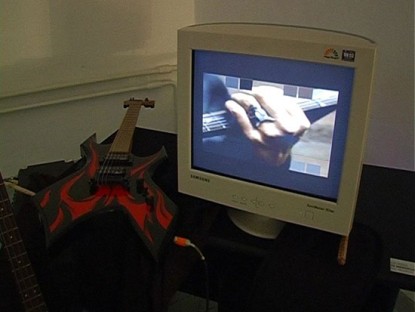 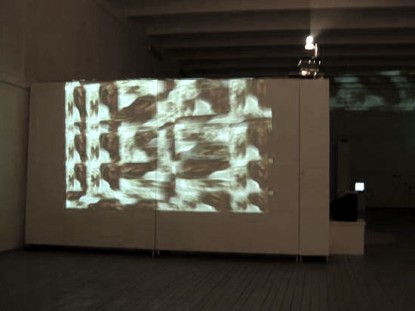 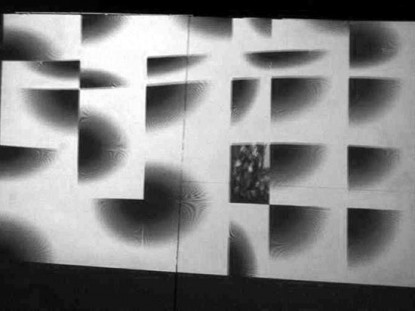 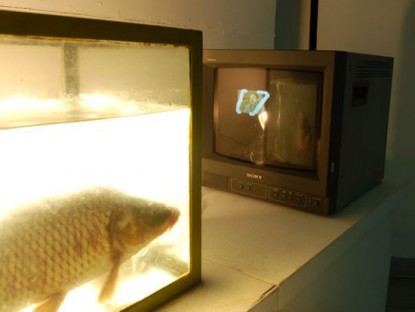 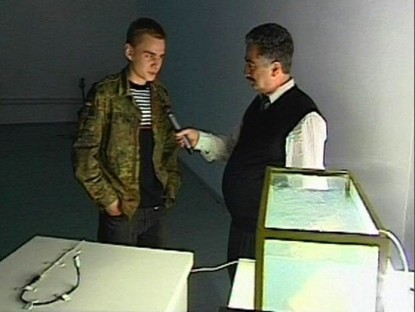 kirill named his work "big fish". a real (slightly too big) fish is being tracked. the movement information retrieved moves around a video on screen that shows the interview of a wellknown moldavian art-critic being interviewed.
the right picture shows kirill himself being interviewd about his work by moldavian state television.

visitors of the exhibition: 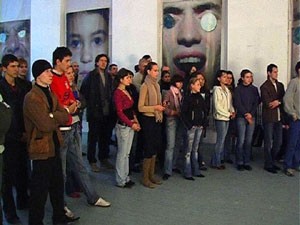 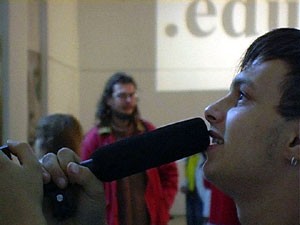 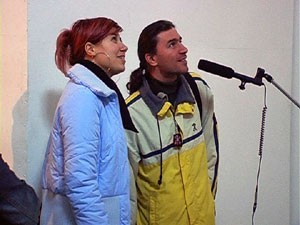 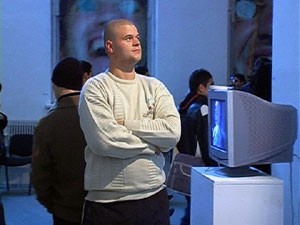 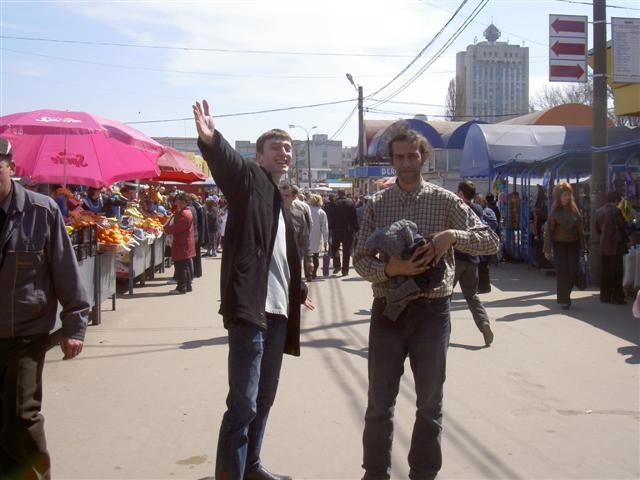