vvvv » Userpages
» vux-doc-perf1
This site relies heavily on Javascript. You should enable it if you want the full experience. Learn more.

Expr (Value) is a node which allows you to evaluate a mathematical expression, represented as a string.

On all patches I just run an = (Value) followed by AND (Boolean Spectral) to verify i have the same results for each operations.

I also put an lfo on the Phase pin of the spread, to make sure data changes all the time. 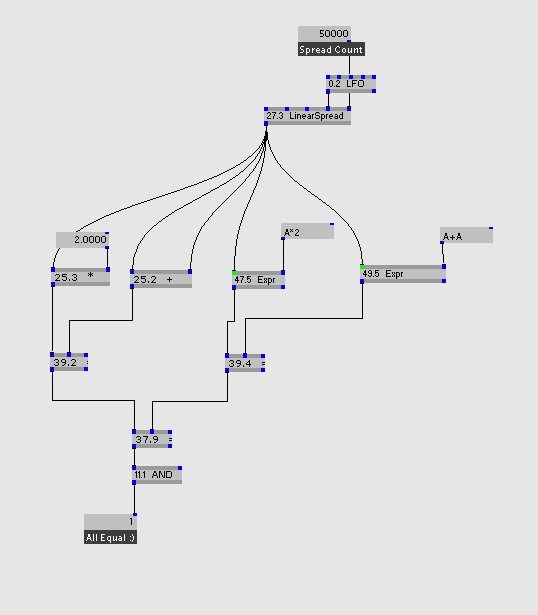 As we can see doing x+x or x*2 is fairly similar.

Expr performs a bit better on the A*2 part, but no big deal really.

In this simple operation case we can the see using the standard node outperforms Expr.

Now let's add something to our equation, and let's change it to x*2+1.

From now we need two nodes to perform this. We can still write the formula as a string.

I'm also gonna add up two other ways for Expr, having the 1 as a variable (so formula becomes x*2+y)

There goes the debug mode result. 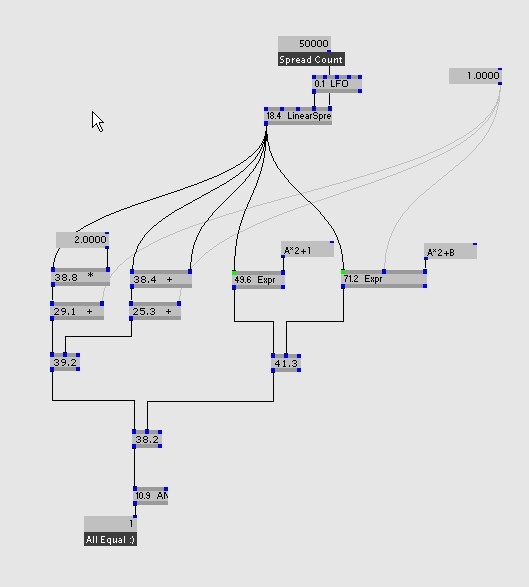 As we can see, both + * technique stay roughly the same, so let's get interested by the expr part.

So if our y will never change, we can see that using Expr outperforms patching.

Now if our y will change, using the nodes is still faster, but the gap in performance is closing very quickly.

So let's do a bit more complicated formula :) 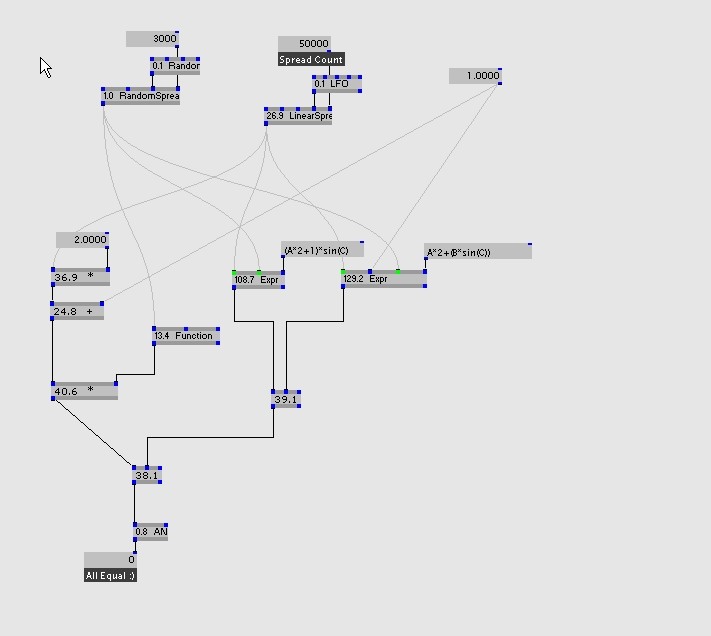 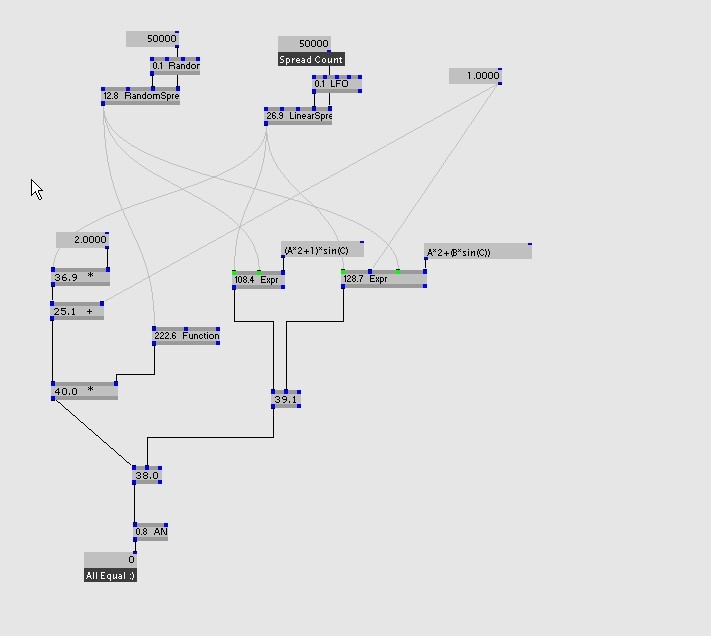 What can we learn from that?

In this case please note that the sine function is evaluated only 3000 times then multiplied, whereas Expr evaluates it 50000 times at it fits in the expression.

On a high spread count for sine, the sine function on it's own takes 222.6, which is much more than the expr for the whole expression, so using expr makes your formula execute mush faster.