vvvv » Userpages
» future ocean
This site relies heavily on Javascript. You should enable it if you want the full experience. Learn more. 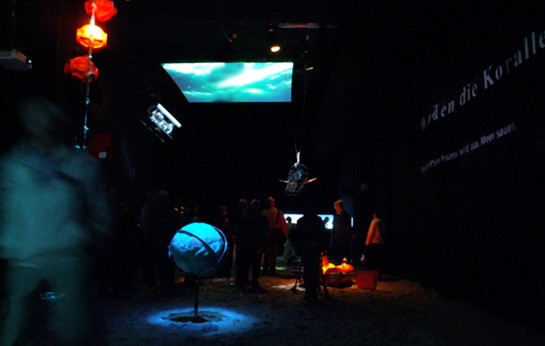 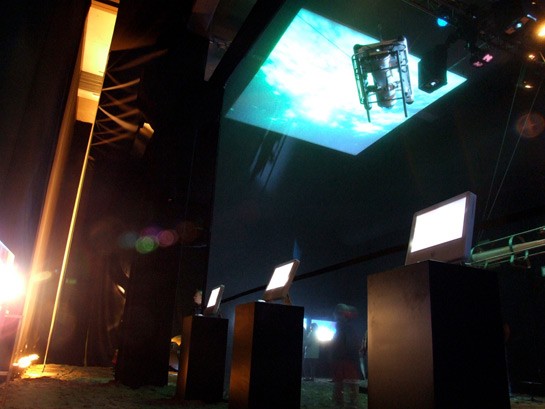 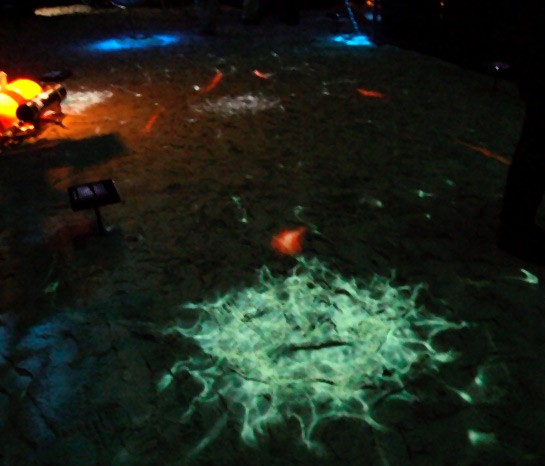 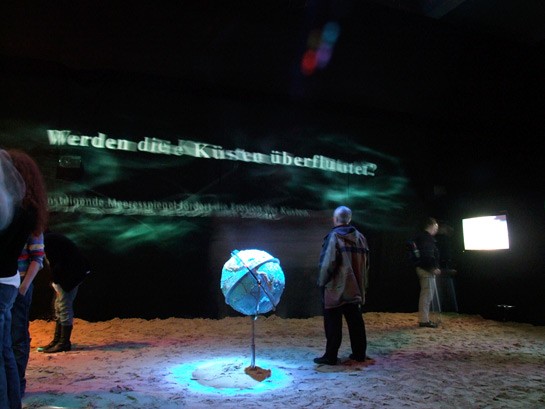 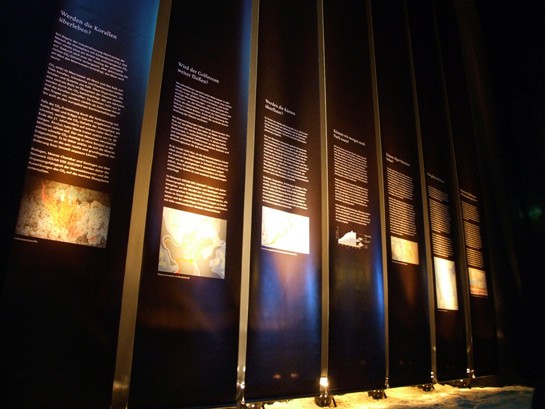 banner showing all seven reserach topics of the institute, cited as questions in the wall projection, at the t-shirts of the hosts and within the flash interface. 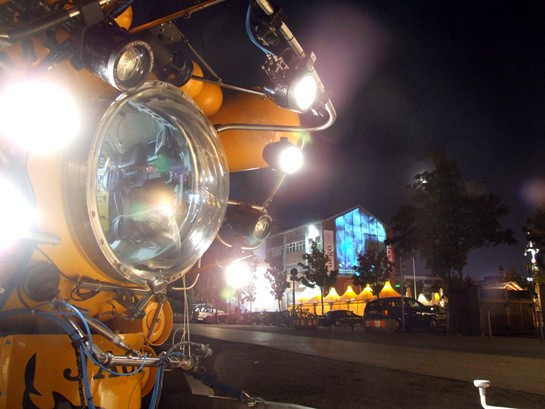 submarine 'Jago' and in the background the facade projection...our fly catchers if you want 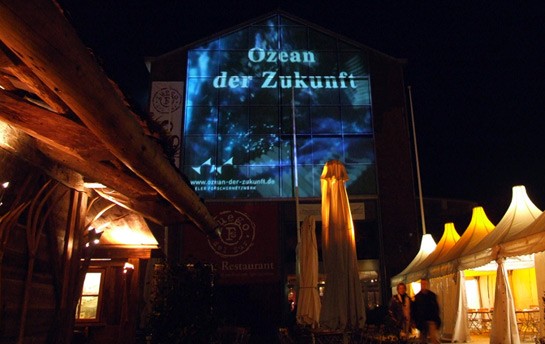 the facade projection itself, 20000 ansilumen and v4 thrown at the glas front of Halle400. we put opera foil behind the glas to make the image visible