vvvv » Contributions
» [OBSOLETE] md.vis
This site relies heavily on Javascript. You should enable it if you want the full experience. Learn more. 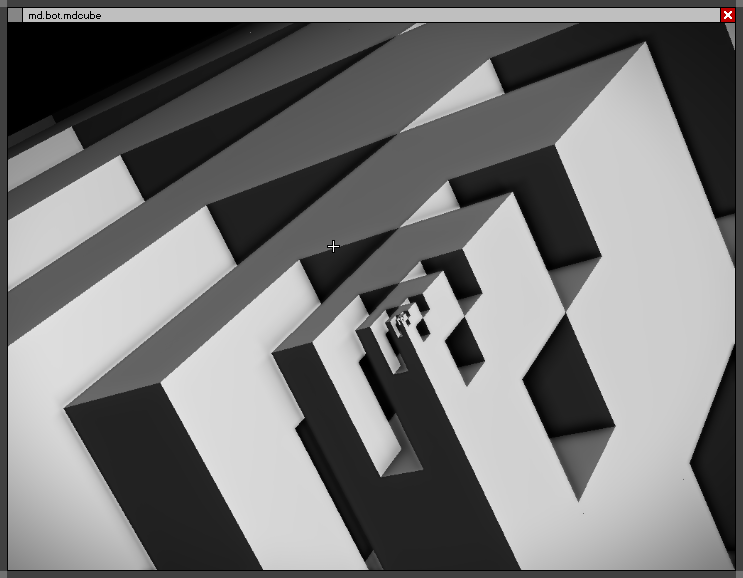 obsolete (for a while now), maintenence is suspended until I'll return to vjing

upcoming in near future:

major known bugs (so i'm working on those):

niiice contribution! some interesting concepts here. I built a prototype which has some similarities, but it is nowhere near as polished as this. :)

have you extracted it next to vvvv's folder?

ooops, silly me, thanks

Really amazing stuff, the work you've done on the GUI is so useful!

I downloaded the complete version with vvvv from your site, seems like Connect (Transform Vector) is missing from the worms.v4p patch. Also I can't move the main GUI renderer window around or rescale it but this works with any md.bot renderer.

Thanks for the amazing contribution!

Lightmare: can you check that DirectInput node in gui/window patch is red or not? If it is then probably I have to switch to slimdx's directinput from Ms managed dx. For now install directx sdk February 2010. I will do a hotfix soon that will correct this 2

Hihi the only red node I had in any of the patches was the Connect (Transform Vector) in 'worms' :)

Lightmare: can you try this? http://www.mcro.de/mdvis/md.vis.1.1.hotfix.1.zip copy to the root folder of md.vis. overwrite existing files! thanks for the feedback btw!:)

Nice! Connect node is there now but I'm still unable to move the main renderer about. Didn't install DX Feb 2010 yet though will try that tomorrow. Thanks!

Hmm that's interesting. I've just fixed directinput node to use slimdx instead of Ms managed dx so you don't need to install that old version of DX sdk
Update: I've just realized what's the problem. Will release a fixed version on the weekend
Update2: Lightmare: fixed the stucked window problem it was quite awkward.

Thank you very much for your effort with this contribution microdee!

well i'm developing the version 1.1.2 which is based on wyphon and the interprocess send receive nodes but they are a little bit unstable yet. until then b28.1 is good enough or do you have any particular reason for using b29.2?
for freezing look at this thread x86-stopped-working-on-windows-7-64-bit

Hmm, to use your (current) bundled version - how does it work if I have the vvvv_45beta29.2_x86 folder on the same machine.

Would there be any conflicts?

Ok, using the bundled version seemed to get a bit further, however the double-click to open renderer cannot be moved on-screen and it has no banner.

When I set to Win7 compatibility mode, _UI freezes at the splash screen again.

Seem to have both sorted :)

Will start looking at your videos .....

Thanks very much for your time, and looking forward to having a play!

@microdee: still interested in all problems you have to report about wyphon + interprocess comm !

Will keep you posted. Great, will be supporting you on this one :)

@ft: as soon as all the shit will be over around me i'll test it out and report bugs

@microdee: just a quick question - is there any easy way to get the CPU usage down for any of the 3 core modules (.mix, .bot, or renderer)?

well that's the bottleneck of md.vis currently. i still have to work on it

Sure, I'm just trying to force use of the GPU, but am having issues with doing that in VVVV generally ....

in vvvv you can only utilize the gpu through shaders or if you use CUDA or OpenCV libraries in your own plugin and all of them has a little bit narrow usage scenario compared to native languages.
so what drains the cpu in md.vis is not the high amount of same instructions but bad patching.

Ok, my understanding of the latter of what you just said: is that that the md.vis internals need optimising ......

I say this because when simply md.vis, and the above core modules, are open with the default noise patch, the CPU usage is quite high.

Besides using the current version of md.vis (my CPU is topping out unfortunately), I'd love to use your patches included with the package, but am having issues getting them to run independently.

OK,
running with 32Bit version is better
Too many missing part in 64Bit version

When I start I cannot see the links/boutton in the bottom left (Preview Render MD.bot)
It looks like there is some missing part...
Then I cannot open the new window to start loading the visuals...

you downloaded the old one probably that is pure crap. download this: http://www.mcro.de/mdvis/md.vis%201.1.1.exe

md.vis 1.1.1.sansvvvv.zip file seems to be broken, and also your links
where can I get your latest version?

@matka: mcro.de is down a little bit, it will be restored on next week tuesday. also concerning md.vis: development is suspended for a while the latest version is one and a half years old. if you are interested i can send you an unstable version 2 candidate never made it to public. also the whole stuff has to be rewritten completely and currently i have no motivation for that (i somewhat gave up vjing) (maybe i will return to this in the future but i cannot promise anything)

sure my skype is microdegree (public on my userpage)

Hello there. So I've downloaded, extracted next to vvvv folder, but when i try to run _ui it says windows cannot find 'vvvv_45beta27.1\vvvv.exe'. I think it may be because i haven't selected windows 7 compatibility, but i'm not sure how to do this. Could you please help me out. May thanks :)

that's because the batch file is referring to a good old version of vvvv, edit it in a text editor and replace it with your vvvv. well i don't know how it does or doesn't work with current version though.

hi guys, I'm still having problems rendering on second monitor, have tried every version, all of them behave the same, when i drag output renderer to the second monitor it turns black and md.mix previews white, in the primary monitor everything works fine. where is the problem?

the 2 monitors should be on the same adapter. beware in optimus "powered" laptops primary monitor (laptop screen) is usually on intel adapter and some outputs are on the nvidia card.

no shit, optimus again? this is nighmare, my laptop doeasn't even have any optimus setup
http://es.msi.com/product/nb/GT70_2OD.html#/?div=Firmware,
wouldn't expect these problems on new machine

i don't know but most of the laptops have dodgy things about their graphics cards. try out the thing without using the laptops screen and connect 2 external screens