vvvv » Blog
» Projecting Visual Worlds on Moving Bodies Workshop
This site relies heavily on Javascript. You should enable it if you want the full experience. Learn more. 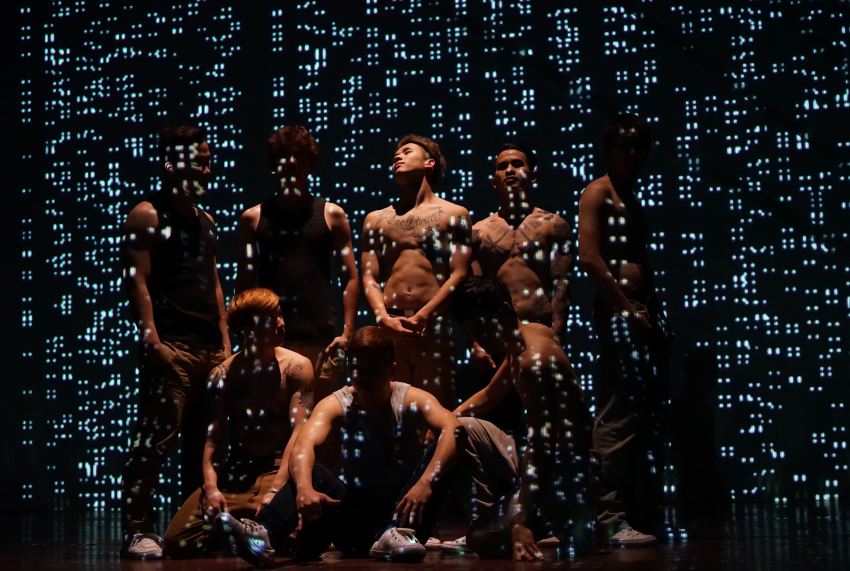 In interactive installations artists and designers often work with 2D and 3D moving images by using sensors. These bodies are overlaid with visuals often made in platforms such as Processing or OpenFrameworks, but it’s quite a steep learning curve to learn these text-based coding platforms and create interesting visuals. vvvv is a tool to create stunning artworks and design. Its visual user interface allows you to create anything from huge projections to interactive applications and high quality 3d graphics in realtime. And yes, all that – without writing one line of code.

NOTE: We are not going to use rulr as it is not open source yet. Instead we use another implementation in Open Frameworks to calibrate Camera and Projector. The resulting calibration can be imported to vvvv - and GOOOOO!!!

talk:
On Friday it’s hands-on, with several workshops and a Creative Coding Amsterdam meetup. Christian ‘Mio’ Loclair, known for his undertakings in fusing code and choreography, will present a vvvv workshop. One of the goals of this workshop is to kickstart and fuel the Dutch vvvv community. FIBER asked Mio, what are the benefits of using vvvv?

Mio: I think vvvv is the most social and efficient tool for interdisciplinary work. Working with dance and code, I often feel a gap between the two worlds that is deeply rooted in the production. You interrupt the rehearsal – you interrupt the execution of the program – you write lines – no one understands – dancers feel unguided -muscles getting cold waiting. This separation between coding and performing doesn’t reflect my vision of interdisciplinary art. Therefore I believe that vvvv is the quickest tool for prototyping design decisions. It allows adjustments on the fly and its visual user interface invites people from other disciplines to follow the process.

During the workshop focused on intermediate coders, people will learn how to create interactive visuals. What are the artistic possibilities for merging visual worlds with physical bodies?

Mio: We see dance because there is light. No light – no bodies – no motion – no atmosphere. It’s fundamental to all visual arts. A machine that reads movements by the use of a camera and articulates light by the use of a projector offers endless possibilities to redefine the interplay of body, space and light. It can read movements, abstract movements, and translate movements to finally communicate 2.000.000 dots of light in real-time. We are able to define performances which dynamically hide the human body or emphasize the movement. We can create particles and fluids erupting from the moving body in space – or simply project a red hipster beard. The possibilities of light and motion are endless and allow new perspectives towards our body and digital entities.

does rulr have to be opensource for vvvv ?
i remember elliot saying it exports view/projection matrices

hey ggml yes the matrices exported by rulr are available for vvvv...But i think its not a good idea to give workshops with a tool, which is not publically released by its founder. However its a brilliant tool, and im sure it will be THE standard-solution-tool - once its out. However IMHO Rulr's main contribution lays not in simple pointcloud-projector calibration (which can be done very easily in OpenCV) - but propably beyond.