vvvv » Blog
» The Deep Sound of Maramures
This site relies heavily on Javascript. You should enable it if you want the full experience. Learn more.

The Deep Sound of Maramures 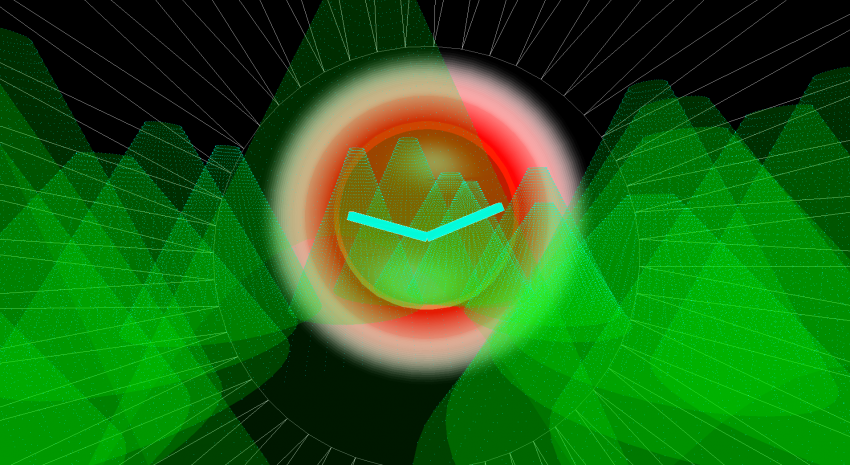 This is the first time I used vvvv to create a real-time interactive visualization with live performance.
“The Deep Sound of Maramures” took place on 10th MAY at Control Club, which is the famous hotspot of Bucharest.

In the project of “The Deep Sound of Maramures”, with the unique geometric graphic style and spatial related artistic philosophy, several visual effects along with Peter Gate’s (Petru Pap) composition were created. A sequence of spatial visual elements was inspired by Peter’s “The Deep Sound of Maramures”. They (music and visual) are not fixed forms; they are alive. In order to make the audiences experience a unique journey, the approach is to create visually alive elements to follow the emotion of the music. It is not a common background visual effect running through the concert, but rather a set of real-time interactive resulting images interacted with the live music performance. For example, in the scene of “sea waves”, the speed and the curvature of the waves will be lively-generated in accordance with the live music. It illustrated a journey of a bird’s fantasy through different spatial environments from the nature of earth to outer space, from concrete landscape to abstract imagination…etc. While adding the time dimension of the music, it generates a 4D immersive space for people to fully engage in the show. This video represents the teaser/short version of the whole interactive sound/visual performance.