vvvv » Blog
» Mayday 2009
This site relies heavily on Javascript. You should enable it if you want the full experience. Learn more. 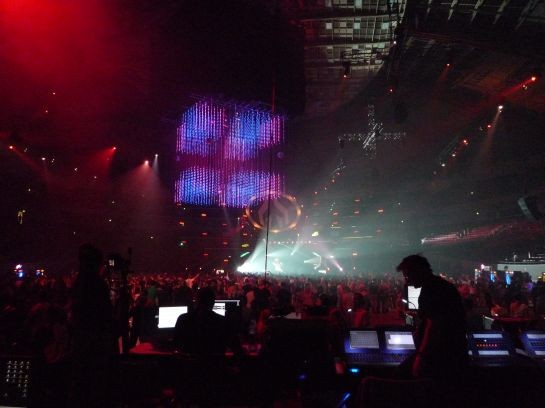 VVVV was used to map real 3d and also standard 2d VJ content to the 3d matrix. The 2d VJ video was "converted" into 3d by spreading it into "timeslices" and shifting them in various controllable ways through the matrix. Switching between different modes ond effect was controlled via artnet fed into vvvv.

To test how 3d and 2d content would look like on the real installation during preproduction a simulation of the matrix, of course also patched within vvvv, was used. The simulation was running on a seperate machine that was fed with exactly the same pixel per pixel DVI signal that has to be send to the solaris controllers at final setup. This way the whole system could be tested and comletely configured before setup without having to connect/install a single solaris node for testing.

The second vvvv-controlled installation was a patchwork of 24 different sized plasma monitors in the stage all fed with different signals processed with vvvv. vvvv was not used for content creation but only for mapping external vj content to the 24 monitors. Effects like spanning the vj content across all monitors, showing same content on all monitors and several mirror and strobe modes were also controlled via artnet.

Last but not least vvvv was (similar but smaller compared to earlier years) used to control apprx. 100 ColorKinetics iColorFlexSLX LED strands (50 RGB pixels each) built into the back of the stage. Each pixel is individually addressed through vvvv using UDP. 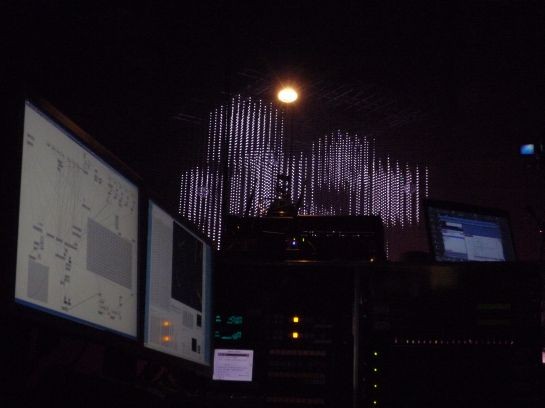 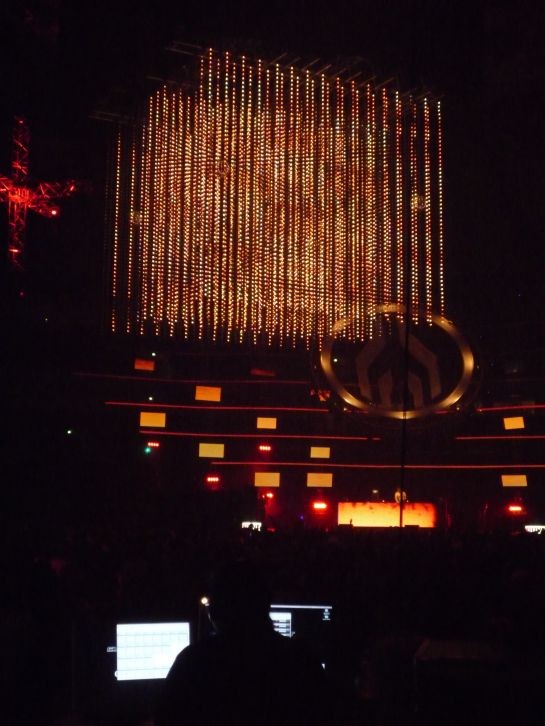 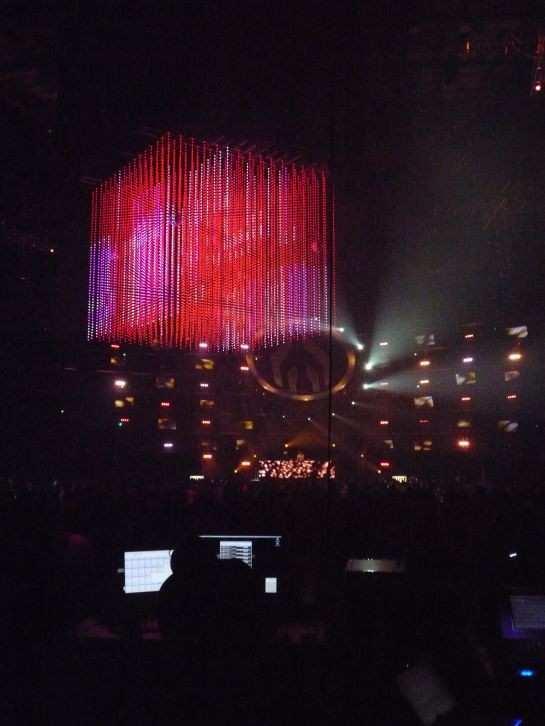 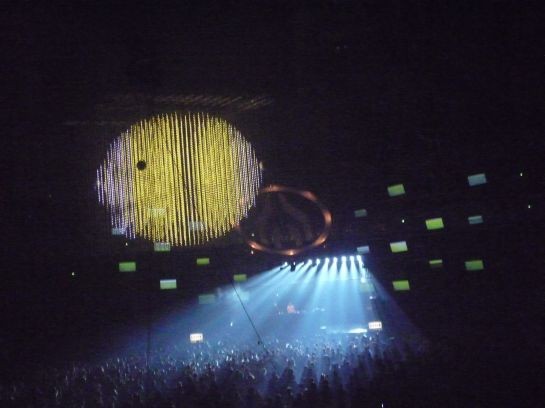 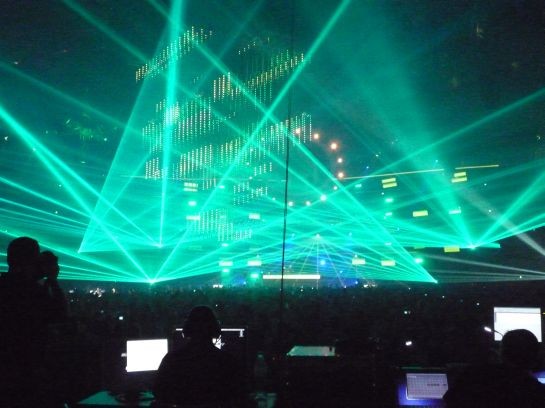