Home » Users » Userlist
» elliotwoods
This site relies heavily on Javascript. You should enable it if you want the full experience. Learn more.

This page is outdated (and broken since the VVVV site update). But since some people might be curious how i used to describe myself when i was first starting with vvvv, i'll leave it up. Images are broken now.

Hey all. I'm a visualist freelance based in Manchester, UK.
My nomenclature is split into 3:
live visualist name is gvilt (pronounced guilt)
real name is Elliot Woods
but on this website i'm found as sugokuGENKI

Below are some of the projects I gone done recently.

My best examples of projection mapping have been produced for studio dotdotdot in Milan. The following installation demonstrates the workings of an oven used to bake ceramic objects (in this example, sinks and shower basins). The installation is a narrative animation, beginning with simple lighting effects on the dull clay objects, then the processes of scanning, burning and then lastly finalising the new shiny objects. These processes are demonstrated by manipulating the images on the surface of the objects using projection mapping.

Here's an early video of the project which is projected onto a polystyrene maquette, photos of the final installation follow, where the clay full size models were used at the exhibition. 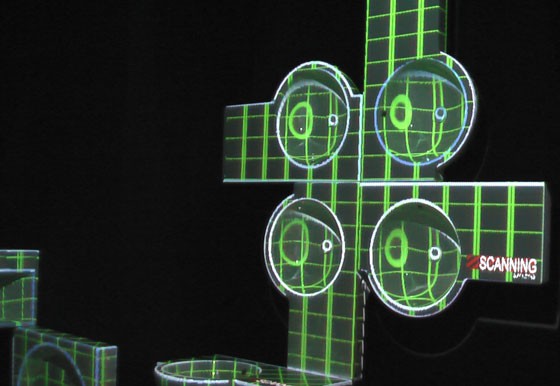 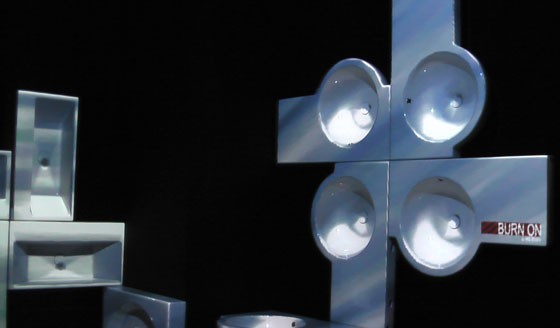 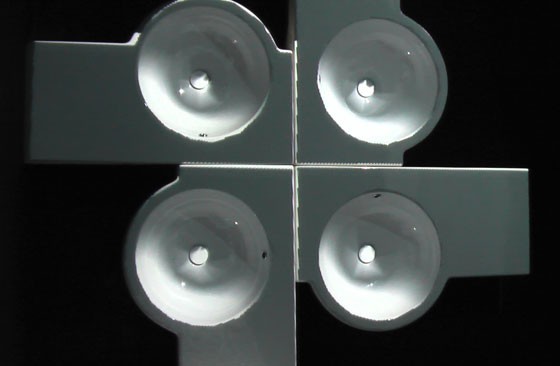 My live visualist residency is at a friend's electro night at The Roadhouse in Manchester called Sex With Robots. The visuals have been going since October 08 and are a continuous work in progress.

The effects used are based around mapping features of the venue. Below is an early video, new videos are being uploaded tohttp://www.vimeo.com/elliotwoods/videos and will be updated here soon.

Here's a video of my night running the lights at the Spektrum club in Manchester (Oct 08). All DMX addressing was performed from scratch on the night, and the designs were largely made on the fly.

The punters and owners were impressed so I'm being asked back for more nights soon.

In January 2008, I worked with Albert Hwang on a project using a 3D gloveto allow audience members to come up and control a set of 12 Mac250's. Video can be seen on YouTube here.

This was my first project using VVVV, and I haven't looked back since!