Home » Users » Userlist
» MakrisXristoforos
This site relies heavily on Javascript. You should enable it if you want the full experience. Learn more.


Makris Xristoforos is a composer of electroacoustic music. He is member of ESSIM(www.essim.gr). He studies at A.T.E.I. of Crete, Department of Music Technology & Acoustics.
Personal My space page at myspace.com/sonicastash

"Evolution of a Capital City" was a project of a video, created by 270 frames. 10 digital photos took a lot of photoshop editing to create the 270 frames of the 12' video. 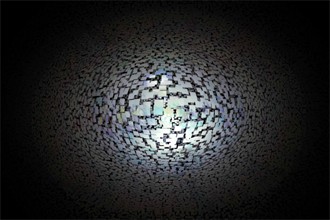 Life+Youth=Thirst Pro
This was a project for live electronics and video playback. The algorithm was made on Max/MSP and it was based at sampling & phasing. The video was created with hundreds of digital photos playing random. It was performed at Rethimno(Greece) during "E/a music days 2005". 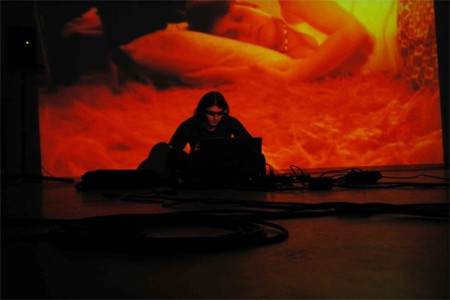 Skotomini Interactive Installation
Skotomini is a night with no moon. This word is also used to show a dark state of mind. Nowadays that the rhythms are fast, the quality of life is low, stress became our “guardian Angel” and personal time is less than none, the person breaks down. Personality can not be developed by the person’s desires, aims and ideals. Outer influences like TV, marketing, advertisements, fashion, “development”, “security” and more decide about the thoughts and desires of the individual. Massive disinformation creates an amorphous personality that it’s only purpose in life is to end a day and to begin a new same day.
This daily routine promotes the systematic lack of objectives and interests by functioning with a particularly contradictory way. The personality of individual becomes a mass with those of other while simultaneously it is split in many individual personalities that they are differ and collide to each other. This internal fight is muffled by the lack of personal time and is accumulated systematically in depths of soul. The compaction of contradictions and conflicts leads many times to serious mental disturbances as the crises of panic and the depression are.
Skotomini is night without moon. Figuratively it is used to show certain a dark mental situation. Figuratively we use this title as well in order to present this situation. We want the viewer to dedicate little time and look at the himself in a "mirror of introspection". This mirror is a projection of the picture of the spectator that is presented in a lot of grouped and parallel independent copies. Thus, the viewer interacts with the work and therefore with his own self. The video with its turn is checked by the sound that accompanies the projection. In this way we achieve a dialogue between a video - sound - person - machine, expecting to bring the individual in a situation of a dialogue with himself.
Skotomini is night without moon. Figuratively it is used to show certain a dark mental situation.
The Installation has been created on VVVV by TechNoLogic Team.
TechNoLogic team is an artistic team focused at developing and promoting human-machine interactivity. The team is composed by Xenakis Lefteris and Makris Christoforos. 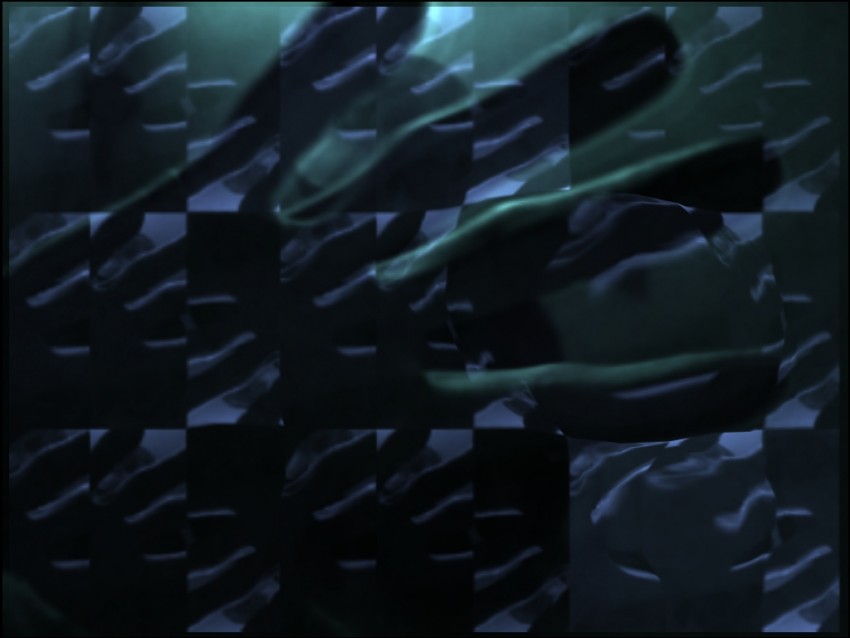