vvvv » Userpages
» spin development diary
This site relies heavily on Javascript. You should enable it if you want the full experience. Learn more.

watch a stopmotion movie of setting up spin.

march 22: we have it running 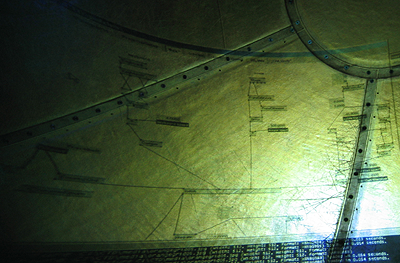 april 5: and now for our mission

we are trying to feed the four projectors from one pc with two nvidia 7800 graphiccards. we go fullscreen twice with a resolution of 2048x768 each. below is what on graphiccard computes. two views on the sphere. predistorted, so that on the spheres surface the pixels align straight.

running through a wood of cylinders that bounce off the sphere is..quite sportlich. 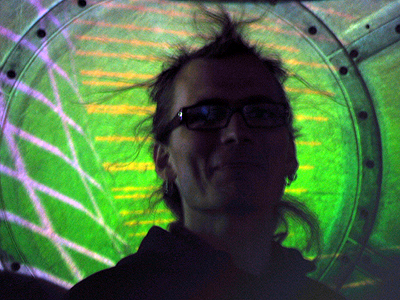 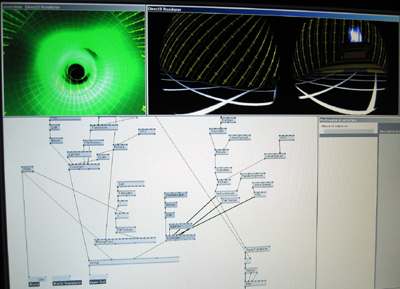 and another screenshot of todays developments. the meta world is taking shape. spins proves to be a forgiving projection surface. everything looks a little bit blurry which autoimproves certain effects like our smooth flaming doors (upper left renderer).

today we spent our render computer a 3rd graphiccard. now it goes fullscreen twice in spanmode with a resolution of 2048x768 each and we have one additional monitor for patching at 1280x1024. on the patching monitor we have an additional overview renderer. as if we didn't expect it to work we where quite pleased to see it does.

and just for the record. the system now is:

we note that one core of the cpu is still only producing warm air, since vvvv only uses the other one. we'll see if we find something for it to do. 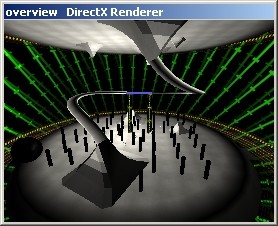 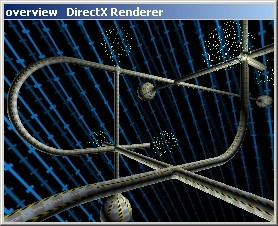 we are getting somewhere. those are screenshots of 2 of the new worlds that are already quite playfull.

tonight is the first night of public experiments. come as you are to a casual party at time's ups place and take a testdrive in spin.

may 5: you are now on your own

uh..another 2 weeks have gone by quite rapidly. many things happend. many changed. and still we are not really lucky with the results..as always? maybe thats just it. anyway a strange experience is waiting for everybody in budapest at "deak ference ter" from tonight. i think we're supposed to open at 18h. come plenty and be among the first to ride the new spin worlds (do not eat too much, it turned out to be quite..physical some times) 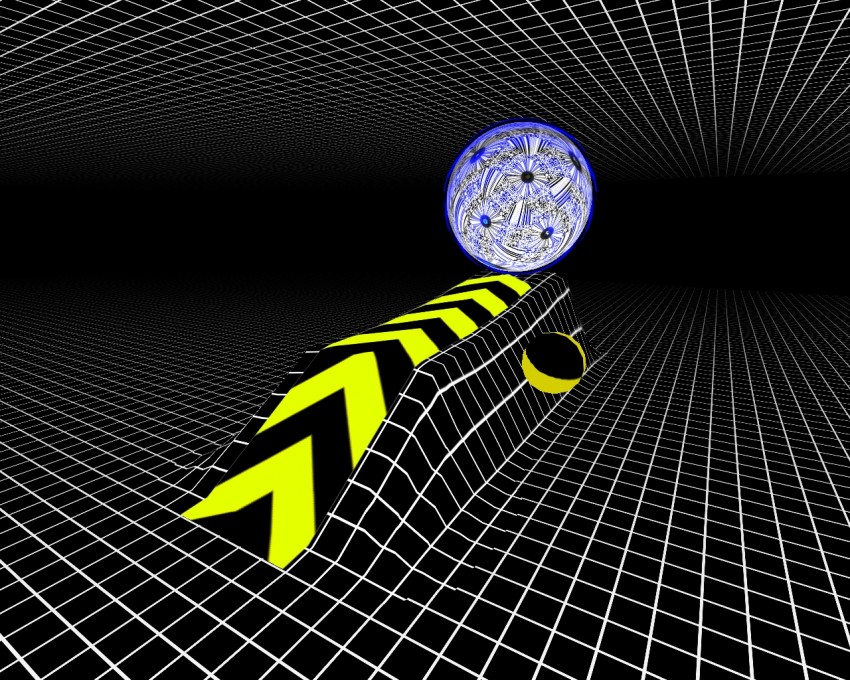 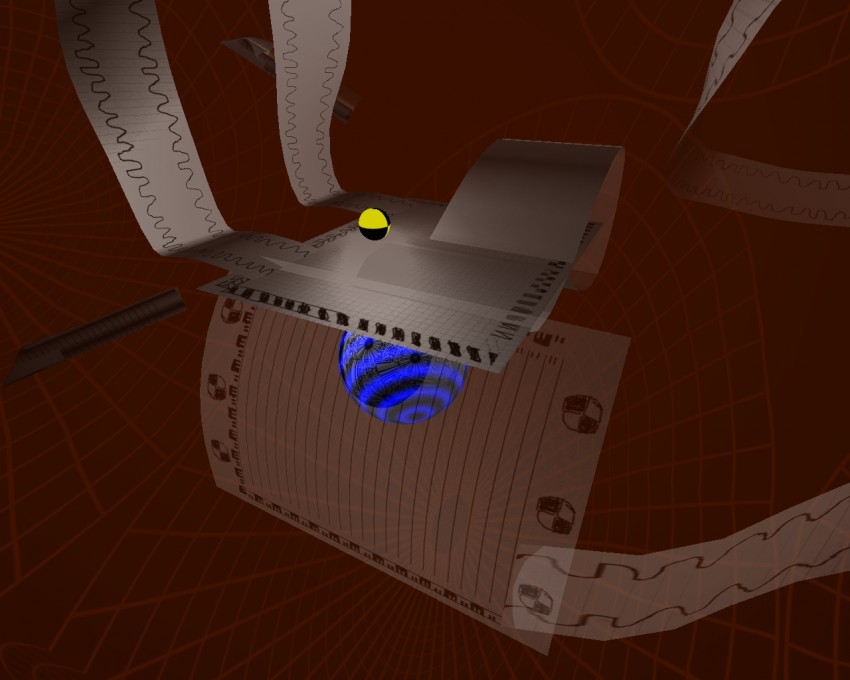 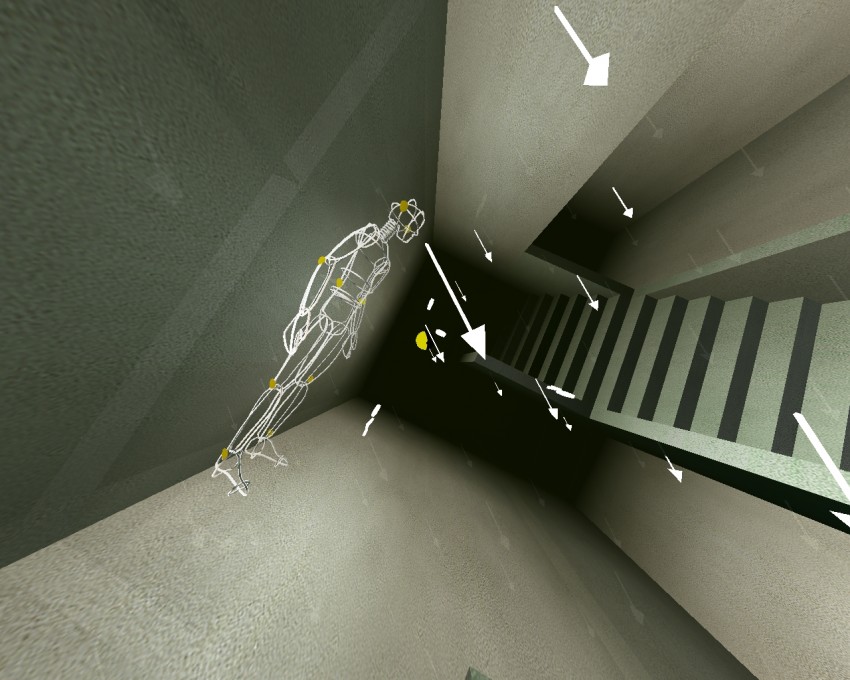 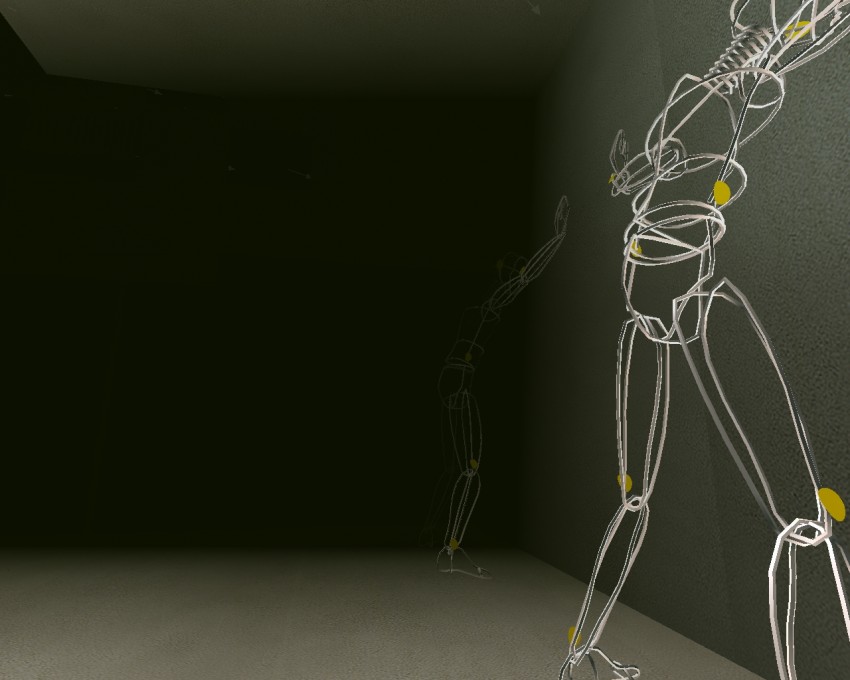 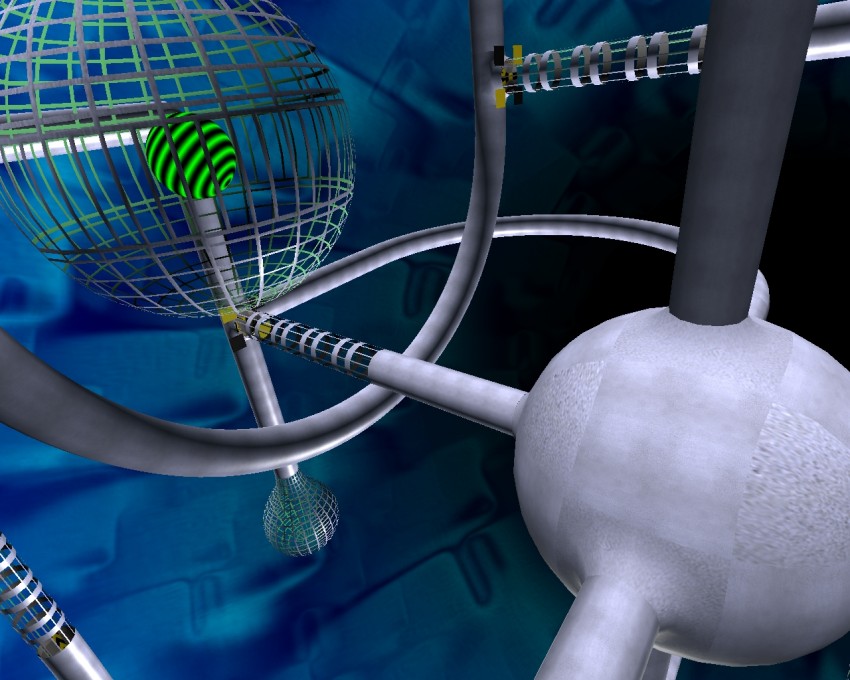 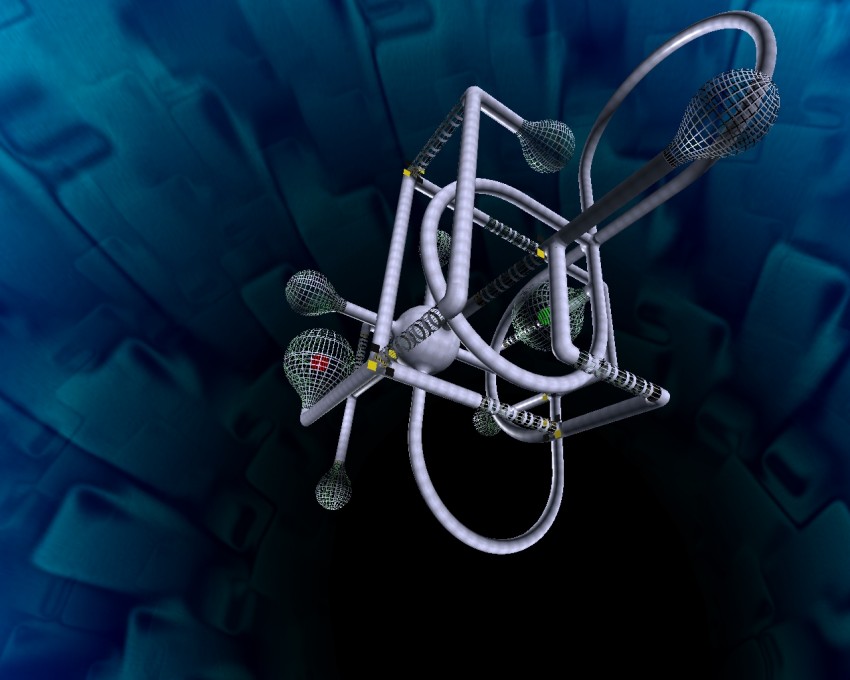 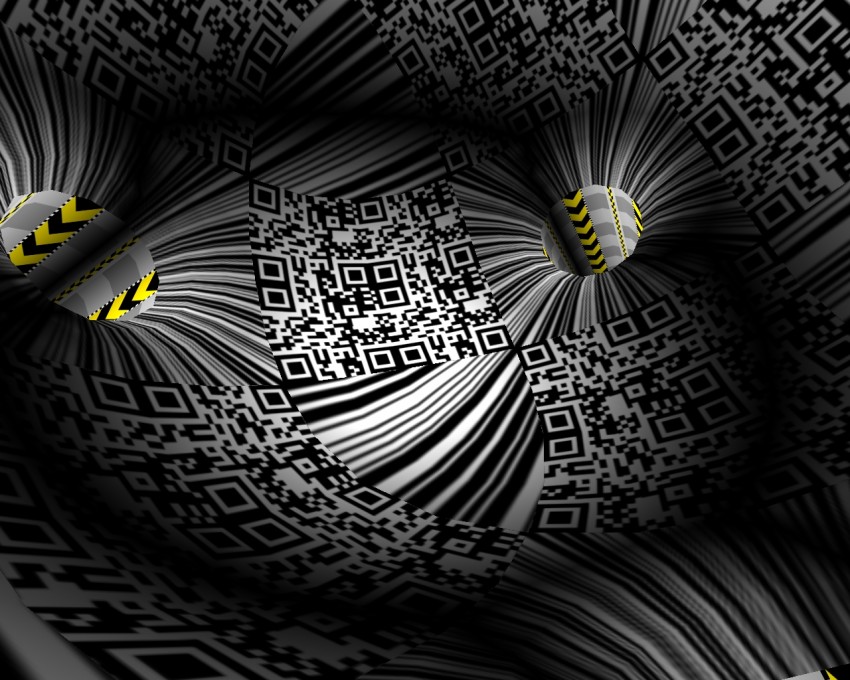