vvvv » Userpages
» meso-KUNST/RAD
This site relies heavily on Javascript. You should enable it if you want the full experience. Learn more.

Read on more at MESO.DESIGN
The Museumsuferfest in Frankfurt, Germany is the city's largest annual festival. Taking place on the bank of the river Main every August in celebration of Goethe's birthday, the Museumsuferfest attracts a three million visitors over a weekend.

The Tourismus+Congress GmbH Frankfurt am Main is hosting the festival and commissioned Atelier Markgraph for developing one special highlight - a media based superstructure presenting the hosts of the festival, the city's museums.

Schiff der Ideen (2003) and Klang|Passagen (2004) were spectacular masterpieces driven by vvvv. The highlight of the Museumsuferfest 2005 was the KUNST/RAD, a thematic projection on a 40-meter ferris wheel, also made with vvvv. 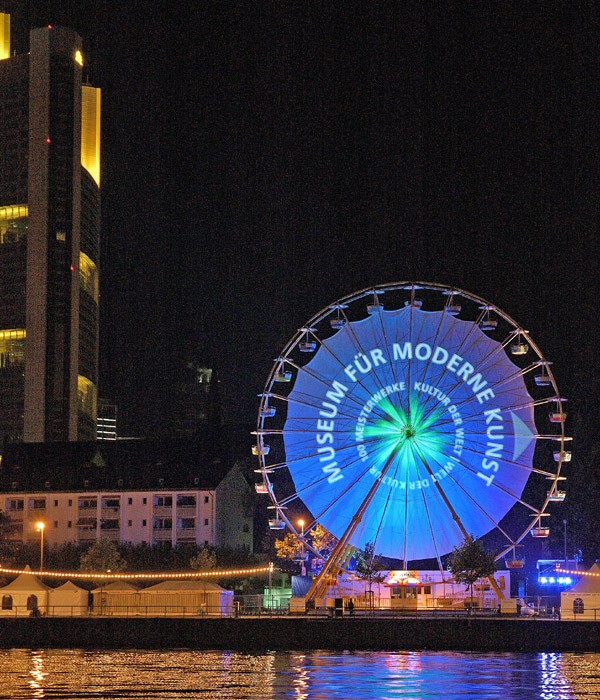 MESO adapted precision inclination sensors picking up the precise position of the wheel. The data was transmitted via WLAN to the other side of the river, where in response 100 masterpieces from the archives of 16 museums are projected via an impressive array of 4 Barco R12 units sporting about 45000 ANSI lumens. A huge slide show controlled by the flow of visitors boarding and disembarking from the wheel. 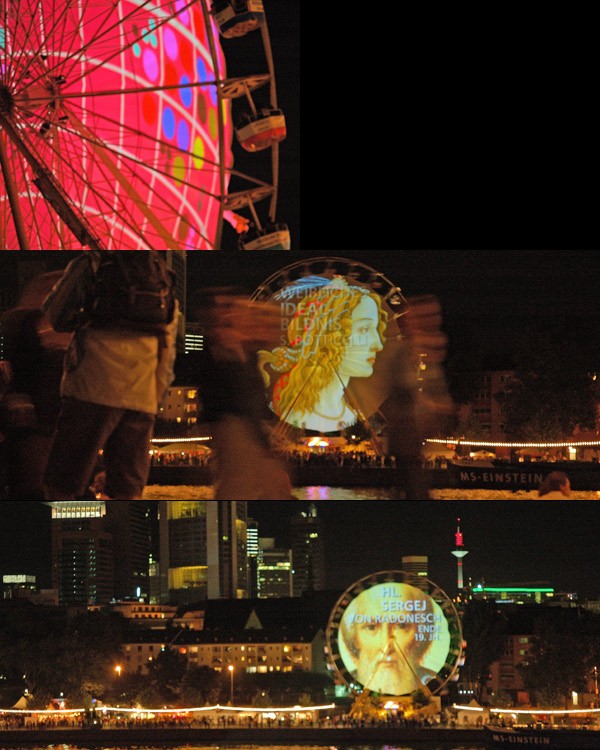 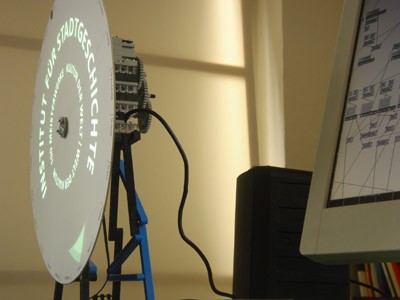 The LEGO functionoid at the meso office, August '05