vvvv » Contributions
» SpoutControls
This site relies heavily on Javascript. You should enable it if you want the full experience. Learn more. 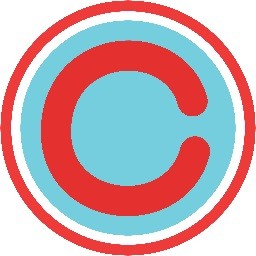 this is a small modification of the spout sender node, which can be found in the latest alphas. spout let's you share textures between vvvv and other freeframe hosts (eg resolume), this modification will let you control your patches from that host!

note: SpoutController.dll will also try to start an executable mysendername.exe inside vfx/mysendername; so you could also copy a full vvvv into vfx/mysendername and rename vvvv.exe (+corresponding files) to mysendername.exe. a soon as you drop it in a layer vvvv will start, if you clear it vvvv will be closed. pretty neat, but maybe not too feasible for a high amount of animations. Maybe mysendername.exe could only open a v4p in a (certain(!) instance of an) already open vvvv, I might try that at some point.....

NO 64 bit VERSION ATM (vvvv will crash)....while it should work in theory, i'm not sure what's wrong.... maybe a more experienced coder can have a look....in the meantime i'll keep trying....

Source code can be found here:

Spout is Simplified BSD licence. My code is MIT.

Please note again: no guarantees; do not copy any of my code unless you know better and only use plugin in production after enough testing!

@devvvvs: as this is just add-on functionality to the spout sender, which does not change anything of the basic features, it would be ideal to incorporate this into the original spout sender node, maybe with a config pin to turn in it on/off....no need for 2 different sender nodes I would argue....would need some code improvement/cleanup though i guess ;)

thanks to leadedge for the great support!

I love you dude XD

for anybody having problems, ie if TTY Renderer says a dll is not found or no txt file is created in C:\ProgramData\Spout please see here plugins-calling-native-code-work-on-most-computers-on-some-they-dont and report your findings if you can....I'll update as soon as I've found out what's wrong.

should now (hopefully) work on every x86 system, please report! thanks to leadedge for finding the bug!
....still working on x64 version....