vvvv » Contributions
» Optical Flow DX11 GPU
This site relies heavily on Javascript. You should enable it if you want the full experience. Learn more. 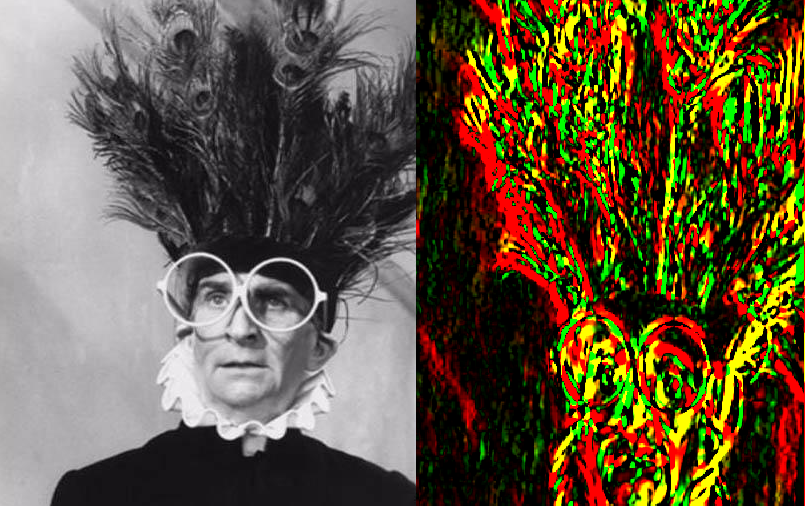 i have x and y both negative and positive in the r and g channel...hope this works for everyobne

Im new to vvvv so please excuse me if i violated name or coding conventions...if so please point me in the right direction

Looks cool :)
You can loose the Mio bit on the module name if you like and then it keeps with the naming conventions, but you can add tags in the shader
//@author: vux
//@help: template for texture fx
//@tags: texture
//@credits:

for example, and in the patch with ctl+m

ah k will change that ...just always typed that to see in node browser which ones are mine...and which ones i can trust...lol...thx

I'll be honest I tend to put cat in the file name too ;)

hey princemio. Thanks for contribution.
Is it possible to get values of direction and speed of the average movement?
Which color scheme i have to use for decode?

hmm if i did everything right then the x value should be in r and the y channel in g of the colored texture ... plus and minus should be available in 32 bit float tex. i think a compute shader would be necessary - like the pipet example in dx11 ...MAYBE ...and then read back ...but i think someone who is more experienced could jump in this topic...sorry if that didnt help

i saw these things
http://youtu.be/5VyLAH8BhF8?t=4m35s
and thought maybe this encoding scheme is more understandable

hey thx for the feedback.

The Shader calculates a certain offset in x and y for each pixel. The hue color coding would imply that we calculate from this x and y values a certain angle which represents a particular hue color.
i do believe its sth like this

now when we reuse the optical flow in the next pass or shader we often use the individual vector to distort the image or for example to accelerate particles in a certain direction. in order to do so, we then need to restore the x and y for the acceleration from this angle again.

Hence we would convert the x and y into an angle in order to restore the x and y later from that angle. Which is think is redundant. (correct me if im wrong)

another problem is that this unneeded conversion is doen via atan which ( like sin,cos, log or texture lookups) increases the cost per pixel tremendously.

hi princemio,
I cant code, so my ideas are more theoretical
The Shader calculates a certain offset in x and y for each pixel.
If we map this offset to some color scheme which let us retrieve hue changing for direction, saturation changing for speed? 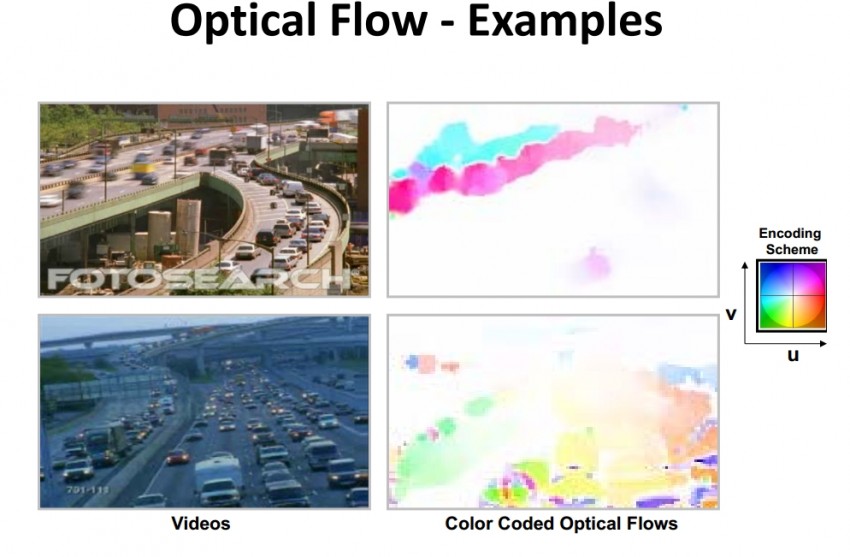 How i can run it?
There is some addons missed?
http://take.ms/eS13p

now i start it - it just was dx11 not for 64bit.
installing right pack - resolve my problem