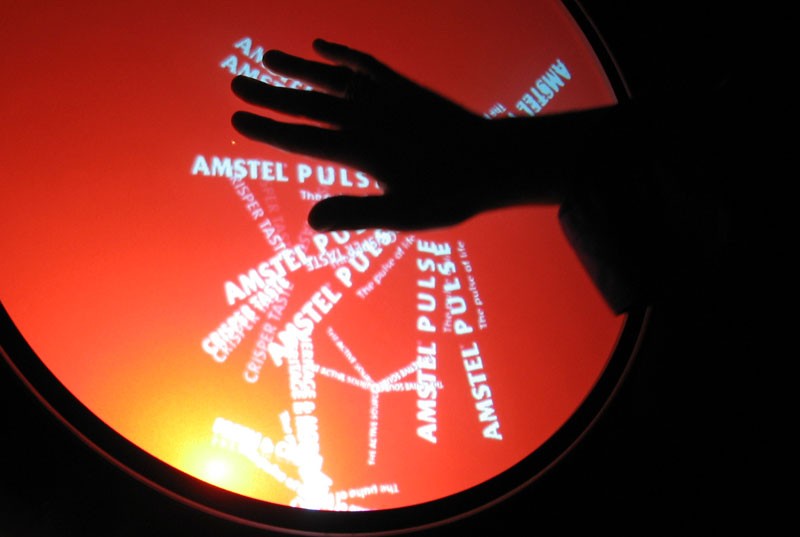 Creation of an interactive table for satis&amp;fy. It was used at an event for the Metro Group.
Click here for details and a video clip 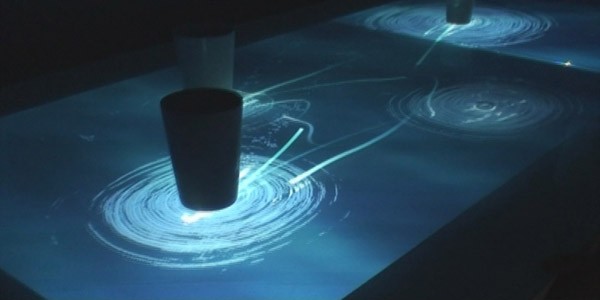 Light installation in a concert hall in northern Italy.
A 72m long band is lit by 185 LED elements and creates an unique ambient lighting. 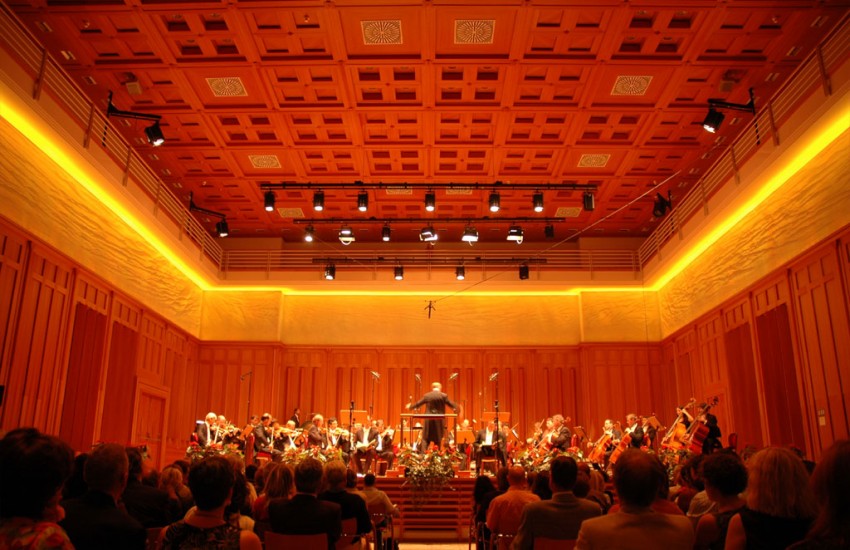 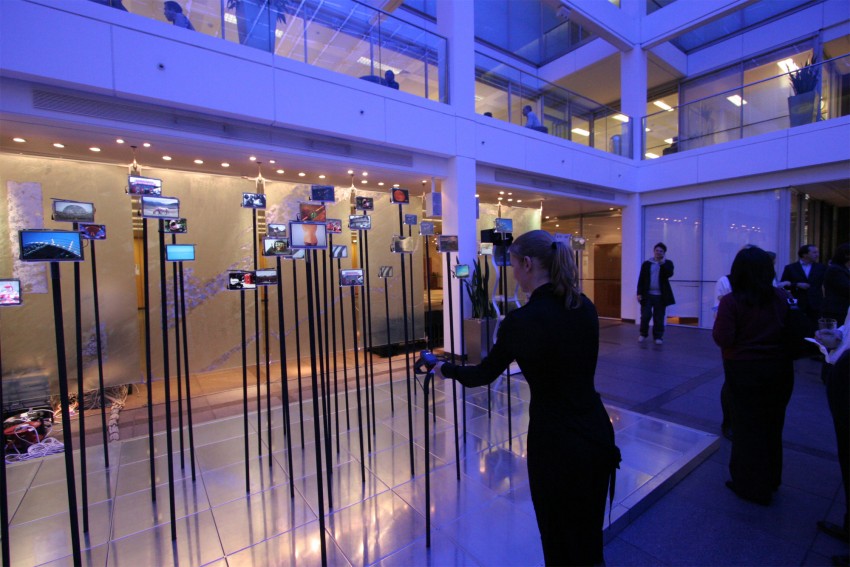 The Memory Room Billard? works by layers of analogies: Some of the balls represent objects in virtual space, some are modifiers for filters, others trigger special effects. Once you know the rules, you can actually deliver quite well-controlled video compositions. However, it doesn't hurt if you don't care.
Another fine meso project.

egosoccer - the game as seen by the ball

A time to make friends™ is the motto of the 2006 FIFA World Cup™. With our travelling Football Globe we are sending out an international emissary in anticipation of this event. We hope it will be welcomed everywhere and radiate its positive energy. I am very much looking forward to its next point of call in Milan.
André Heller, Curator of the Artistic and Cultural Programme™ of the 2006 FIFA World Cup™

The Football Globe Germany is designed to be a symbol, an urban meeting place and a multimedia installation. The sculptural project consists of a dynamically formed white base supporting an illuminated ball that merges the shapes of globe and football. Inside the
sphere is an installation consisting of 510 cold-cathode tubes that are controlled individually. The tubes are bent into circles of different sizes and arranged to form an extremely complex spatial constellation. This creates a large number of different lighting effects whose powerful pulses
symbolise the extremely positive energy arising from the keen global anticipation for the Football World Cup.
Two media terminals on the Football Globe Germany offer visitors information about the Artistic and Cultural Programme to the 2006 FIFA World Cup™, about the 2006 FIFA World Cup™ and its host Germany. The main attraction, though, for participants and spectators alike is the interactive &quot;Corner Flag Dance&quot;. Visitors are able to film their own personal corner flag dance and post it on the Internet or send it from there to family and friends.

All light programming and media terminals was done using vvvv. 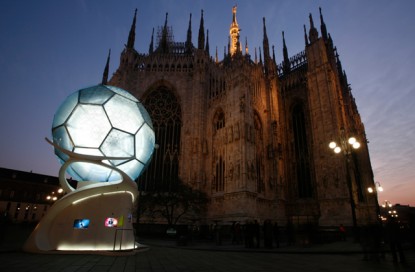 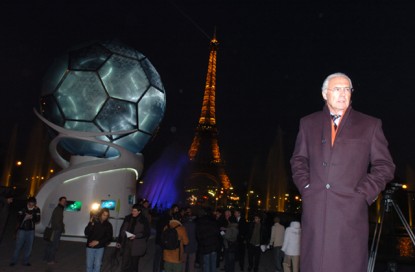 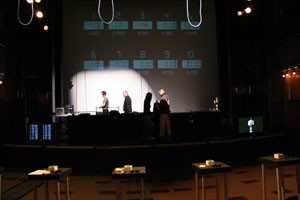 The STOP SHOW by Dirk Fleischmann is a game show, which is directed at a large audience. The game is easily comprehended. The player attempts to stop a certain time period (e.g. 10:00 seconds) as precisely as possible with a regular stop watch, without seeing the display.

SonicViz is researching and developing unique realtime audiovisual instruments, using a variety of technologies and interfaces. Recently relocated to Tokyo. Two shots of a recent short performance piece called Kokoro (Heart) jamming with V4 controlled by a P5 Gestural controller/biofeedback and realtime audio synthesis driven by heart rate analysis from a biofeedback controller - live at the Pink Cow, Shibuya-Ku, Tokyo.
Thanks to V4 team for a cool tool, Sebastion Gregor for an inspirational wave patch (heavily modified since) and Kelly of Artsybugs (3rd from right in 1st shot) for the gig help.

mediadog: Aha! Right-click on an image to get the source link

vux: Hey all, we now in Berlin with @idwyr, say if you want to catch up :)
read more
follow on twitter