Here following you can see a new project we (dotdotdot.it) did for BWM series 1 during the salone del mobile in milano, april 2007.
Sorry for the delay of the publishing project :-(

the project was made in collaboration with joreg and mrbenefit, we was proud to have for two week in our studio them working with us on this project.

Essentially the project is made by the detecting object node modified especially for this project by joreg and mrbenefit. plus more and more graphic solution.

the people they can also send sms to a mobile phone number and the messages was directly sent to the system and they was showed with 14 messages already done by BMW. 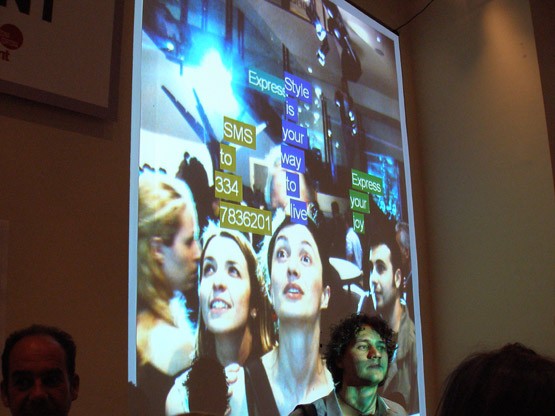 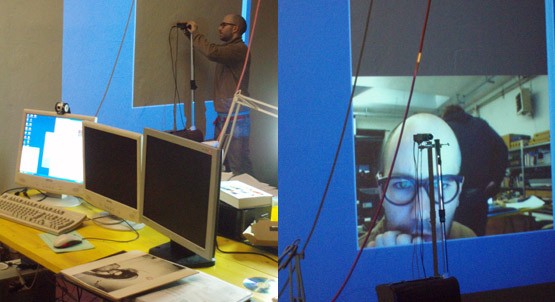 Visitors to the fair learn facts & figures about the current energy debate by playing with a little universe of abstract glowing objects, which pop up at the flick of a finger.

Tracking the visitors' gestures with a robust and effective infrared tracking system from above, the table offers room for up to 8 simultaneous users.

Due to the nature of the optical tracking system from above, interaction works without the visitors even touching the surface - just a wave of the hand is enough to trigger the text infos and visual effects.

See the video and read the complete documentation on the project page.

Dave is an interactive music video installation for the homonymous song by Siambok. The recipient, surrounded by displays, can alter the course of the video by interacting with three pillars. Interaction does not only change the video, but also the music. Nonetheless, the music preserves its character, because all possible variations are preproduced. There is no visible or audible break during the interaction. The switches are seamless.

Dave exists as rock, electronic rock and orchestral rock. The recipient can choose between these styles on seven predefined points in the video. Theoretically there are 288 possible variations. If there is no decision made, a random choice is made by the system. In no case, the music video is interrupted at any time.

The interaction and surrounding setting pulls the recipient out of the passiveness which usually is so typical for the consumption of music videos. One doesn't see and hear Dave on the way by, Dave engages the recipient, lets him immerse into the music.

We, Erik and Florian, created the installation as part of our postgraduate studies at the Hochschule der Medien in Stuttgart, Germany. The whole project including concept, video production, programming and construction was realized in only four months.

We used VVVV to play the video and synchronise it over network with audio files played by the server. We also used it to track movement over the pillars for the interaction.

For more information and videos please visit our websites: 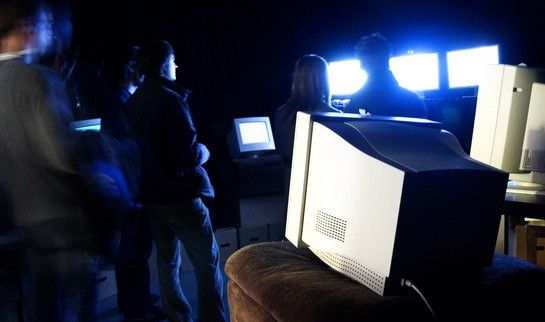 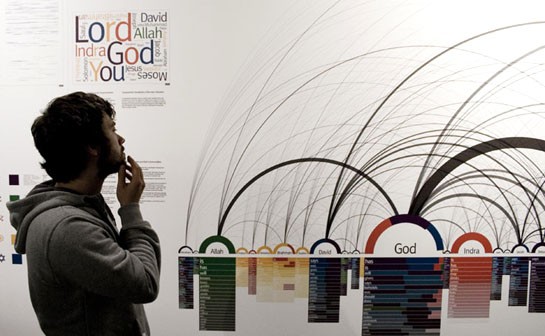 This is a 11x3 foot free-standing multi-touch screen based on the famous FTIR technology. It features 3 video projectors with a total resolution of 4200x1050 pixels and a seamless 2 camera IR tracking system. The screen was developed as an interactive trade fair exhibit for the hearing aid company OTICON Denmark. It was on show at the "AAA Audiology Now" trade fair in Denver, USA and the "EUHA" trade fair, Nürnberg.

Concept, design and technolgy was done by "WHITEvoid interactive art & design Berlin". The entire programming and realtime 3D was beautifully implemented in VVVV by Joreg and Sebastian Gregor. 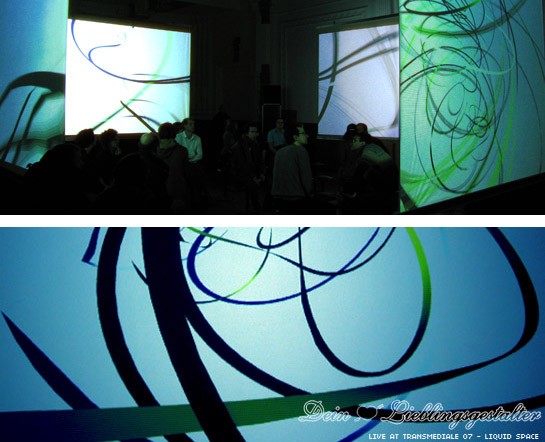 Jannis is invited by the Belgian media arts laboratory, LAb(au), to participate in the "Liquid Space.05" design session to create immersive and interactive spatial audio-visuals.

Jannis performs on a 360°-multiscreen-panorama-projection and surround-audio-system, generating sounds and visuals at the same time. Jannis` aim is to produce an artwork where music and visuals merge through to the concept of "space".

For the video of the show and other great projects by Jannis Kreft please visit:
www.DeinLieblingsgestalter.de 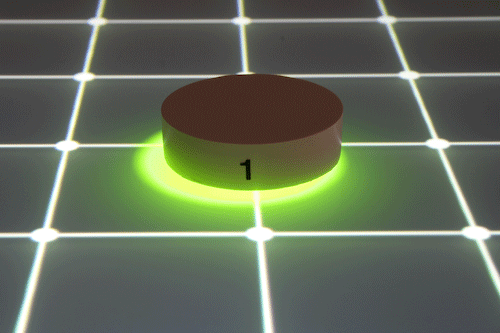 We built a working prototype of a table-based tangible user interface we call TangibleTable. We used the FiducialTracker node and the optical markers of the reacTIVision project (http://www.iua.upf.es/mtg/reactable/)

Just have a look to our website http://www.tangibletable.de and drop us a line if you have questions concerning the project.

This littel project fits qite nice besides the previous two. its a video rendered in non realtime in 3840x2400. it uses realtime recorded sound analysis data during the rendering to generate the shapes. 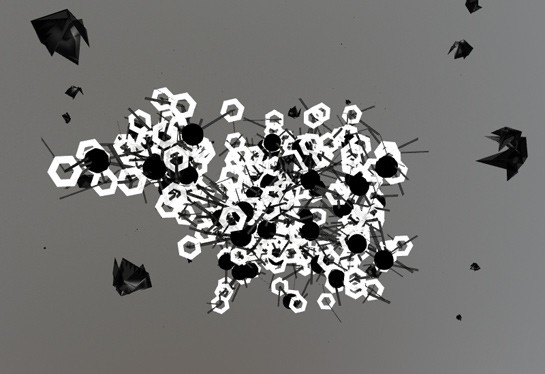 Documentation and video can be viewed here: Link

mediadog: Aha! Right-click on an image to get the source link

vux: Hey all, we now in Berlin with @idwyr, say if you want to catch up :)
read more
follow on twitter