the most of the part of the exhibition show was video projected...
in particular there was 2 big volume (more than 3 meters height) videoprojected
the volumes they has more than 30 faces and they were projected with one beamer. 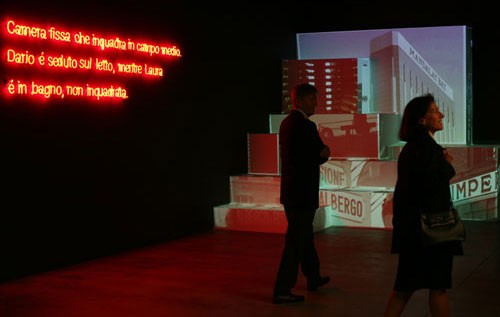 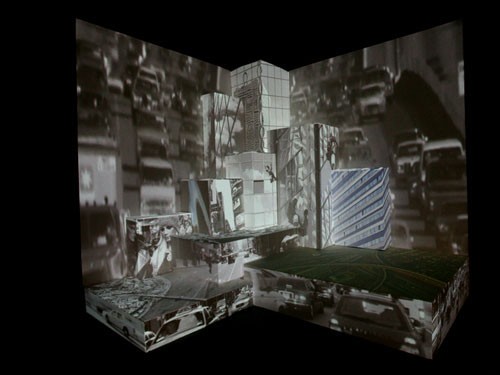 The "Flowscreen" is an entrance area application by WHITEvoid. Visitors step right through the dry mist surrounded by free floating computational animations designed and programmed by Jannis Kreft.
Animations can be timebased or interactive.

Digital Slaves was asked to come to Bristol to manage a massive projection on the Bristol's Council House.
The event, Lightup Bristol, try to gather artistic pieces from main Bristol's agencies, artists, vj's ...

We were streaming two 3072 x 768 uncompressed video files, one for the left side and one for the right side, with two of ours home made servers. A laptop was managing the audio files.The broadcasting was done by six Christies S+ 20k.
The final resolution was 6144 x 768 on 160m.

Crustea AntiVJ was there and made, at night, on the same setup an audiovisual mapping. 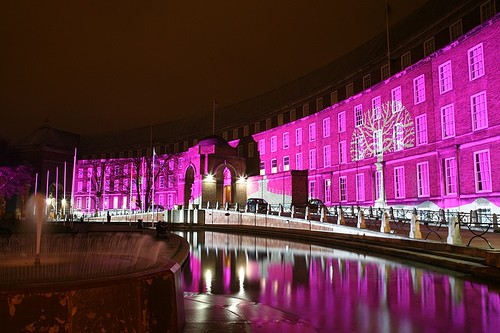 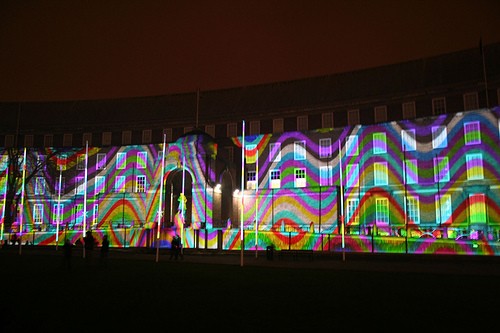 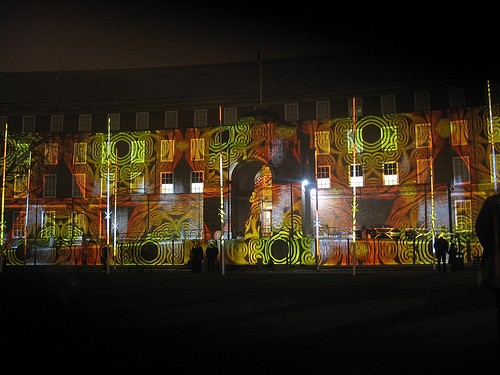 interactive painting for straatgewijs (u... 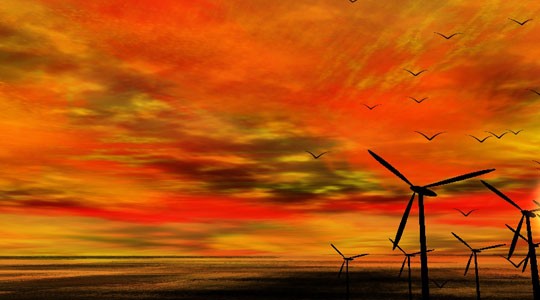 An installation as part of a collective exposition where various artists (painters, sculptors) show their works inspired on dutch painters like van Ruisdael, Hobbema, Mesdag, Rembrandt..
Using vvvv and the Arduino, visitors control the rgb palet of a landscape and sky build up of quads and textures.
The exposition runs till december 23, see www.straatgewijs.nl for more detail.

The Rorschachoscope 2 uses vvvv to create images that resemble the images used in the Rorschach inkblot test.

The project uses and a collection of different PS2 shaders to transform video input, manipulating its shape and color to create the inkblot-like images in real time.

Visitors could interact with the installation to create their own images by moving around, as if they were in front of some kind of psychological mirror. User movement was also manipulated in a way that tries to simulate ink (to better understand it, see real installation footage or a test video captured directly from vvvv).

If visitors so desire, they could also save the image by clapping their hands once (or just making some loud noise). The current images were then saved, and uploaded to a web page that holds the saved Rorschach-esque shapes as well as the original video input frame that created to them.

This project was created by Zeh Fernando for the Digital Interface Design course at Senac São Paulo (Brazil).

Artwork for the Aurora Festival for Animation Art in Norwich UK

Croppings of two of eno's ultra large drawings were used across all print and online media as the Aurora festival's key visual. For the festival trailer he developed a moving version of my drawings. Ingolf made the generative sound.

In Florenz Italy opened a new space for contempory art la Strozzina at Palazzo Strozzi. For the first exhibition “EMOTIONAL SYSTEMS Contemporary Art Between Emotion and Reason” Franziska Nori asked me to develop a Installation to visualize some of the contents of the exhibit. I developed an Interactive Wall which allows up to eight Visitor to navigate the contents created by Franzisak Nori and Dr. Martin Steinhoff. When a word is touched its implications show up or another content of a connected Layer moves to the center. The contents are related with the different factors of influence on the production of Art.

vitamin B is a project to explore digital and tangible reading. It is an interactive table with tangible interface objects to browse bookpages and libraries. We developed this project during a two week prototyping workshop at Umea Institut of Design, Sweden.

We used Arduino, Fiducials and a Griffin Powermate as inputs.

I am really happy about what we got out of these two weeks and thinking about making a major project out of this. So ideas and critiques are highly welcome! 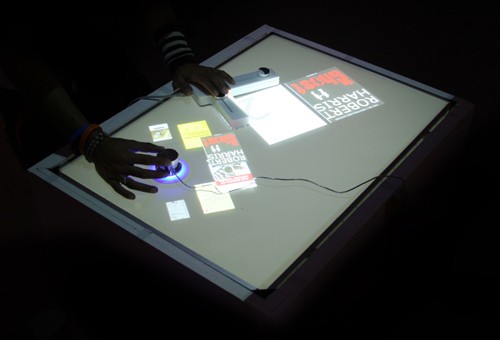 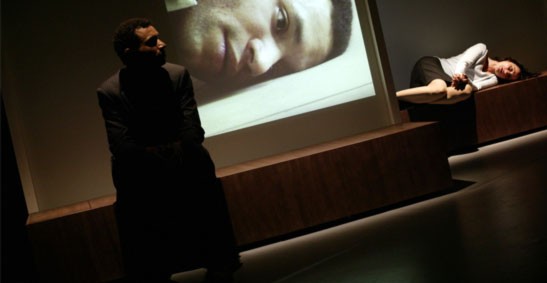 For the performance / play "living apart together" by director Raman Zaya, a digital video control system was realized within vvvv. 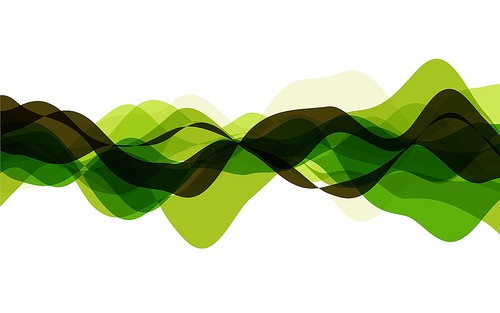 Everything is subject to change.
The harmony of things is contained in their perennial change.
This change is not random or chaotic; it is governed by precise rhythms.
πάντα ῥει is an eternal flow, constantly evolving, never equal to himself.

πάντα ῥει is a project by Pedro Mari aka defetto, realized within vvvv.

You can find some shotz in this flickr set, a video will be up soon.

Thanks to Ken Perlin.

joreg: Looking for support for your #AI project? Try this: https://www.link-niedersachsen.de/link-masters

blausand: Ill be in #Warszawa next weekend. Any #vvvv people around to meet?

mediadog: @metrowave Magnetic repulsion has always been pure magic to me, proof we only sense a small part of the universe - thanks!
read more
follow on twitter