vvvv » Blog
» vvvvhat happened in August 2016
This site relies heavily on Javascript. You should enable it if you want the full experience. Learn more.

let me do you a favour by wrapping up all the wonderfull things that happened this past month in our little univvvverse.

Our own stuff first: we released a new set of Arduino nodes, redesigned together with jens.a.e and completely patched in VL, see Arduino Second Service.

Probably the most active month since we have records, fasten your seatbelts, here comes two major new contributions: 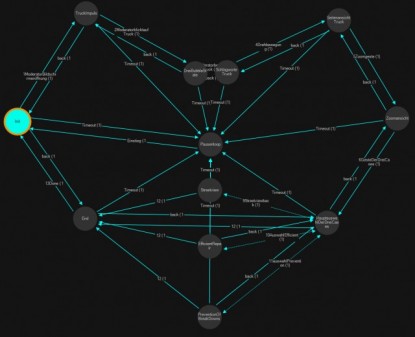 wow already, but there are some more shiny new things:

aaaand we are grateful to ravazquez who translated quite some wiki pages to spanish. Gracias amigo!

If Mrs. Krenz thinks she gets away with this, without doing a related workshop at node17 she has cut herself (traditional austrian saying). More beauty onhttp://frau-krenz.de/folding-patterns

featherfurl has some quite fluid Light Trails going.

Svdk did a vvvv on Supercollider livecoding session.

Students of the Interactive Architecture course at the Bartlett in London found some use for vvvv: A Portable Air Driven System for Kinetic Structures and Real-Time Object Tracking Systems.

And lastbutnotleast you shall be informed that the jury has selected two artists for the coming edition of the TADAEX/NODE Exchange Program. Horray to the lucky Lilian Nejatpour and Simon Weckert.

There is something in the bushes... if you haven't already, subscribe to the devvvv blog!

And thats already it again. If i missed anything please add it in the comments. Have a good patch!