vvvv » Blog
» VVVVCAD Constructive Solid Geometry
This site relies heavily on Javascript. You should enable it if you want the full experience. Learn more. 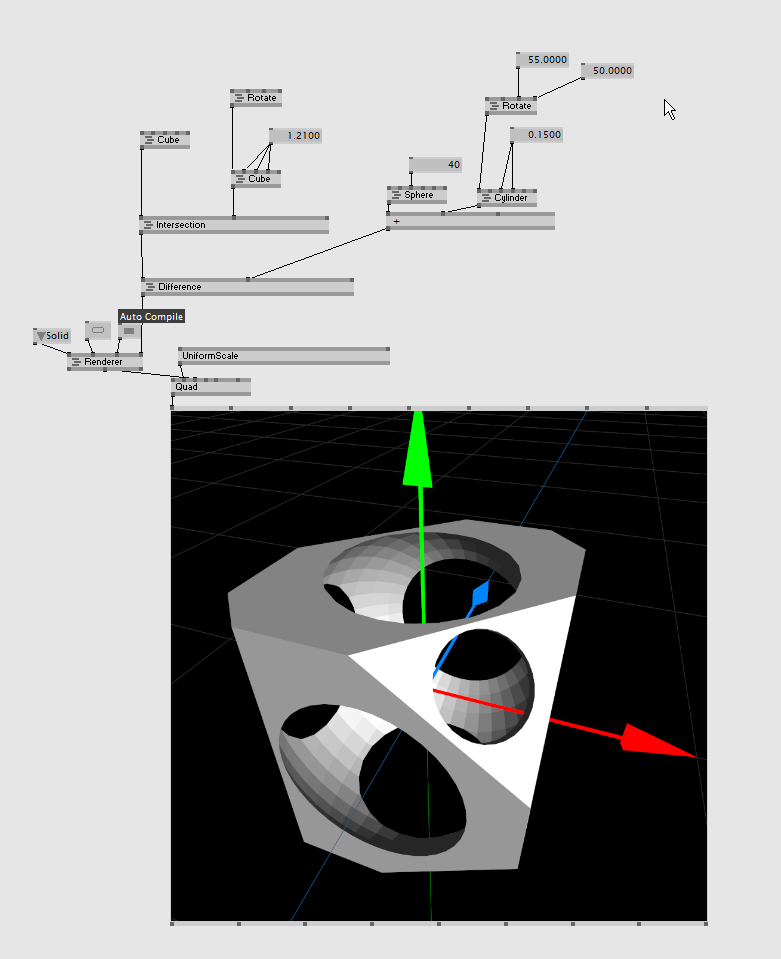 I am from Switzerland

@m4d, its kinda baked down to polys, its possible to change the output mesh resolution... @kopffarben, yes it produces nice watertight meshes for 3d printing...

Wow! Awesome... Was wondering about csg for a long time.

woow! which library do you use? is it realtime? is it able to work with watertight arbitrary triangle meshes? wow again!

ok before everybody get too excited, im using http://www.openscad.org
its a scripting language for doing cad that relies on the following to libraries: http://www.opencsg.org/ and https://www.cgal.org/
cgal is known for not being very fast (but quite accurate), so its far from being realtime.

the scripting syntax matches quite well with chaining node after node. i just pass strings from node to node and create up the script.

i tried also to use implicit cad (another scripted cad tool) which has some nice features like rounded edges with boolean mesh operations and should be faster than openscad, but i havent be able to compile it (its based on haskell).

anyways besides of the speed issues its quite usefull for generating parametric designs for 3d printing. the mesh output is very clean.

thx, i will upload the patches, some examples and instructions soon.

How I look forward!

I am interested in these elektromeier nodes. Does anyone know where i can find them? Thank you