vvvv » Blog
» MAGENTA1 MAPPING
This site relies heavily on Javascript. You should enable it if you want the full experience. Learn more. 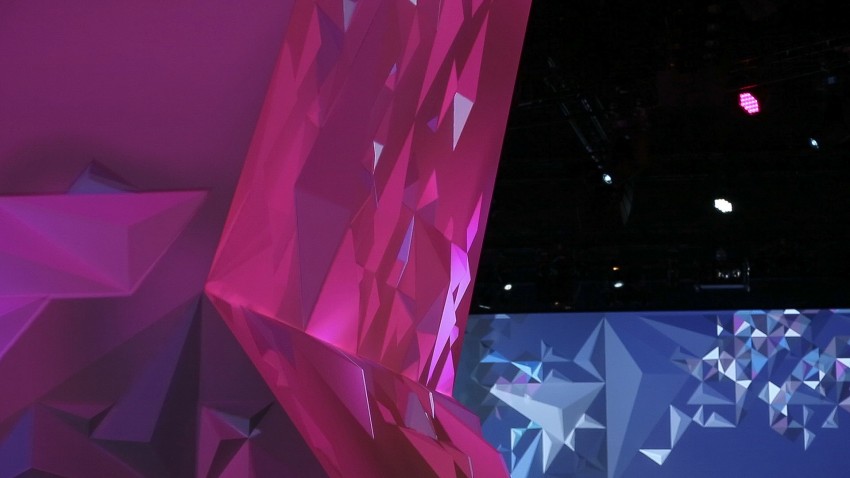 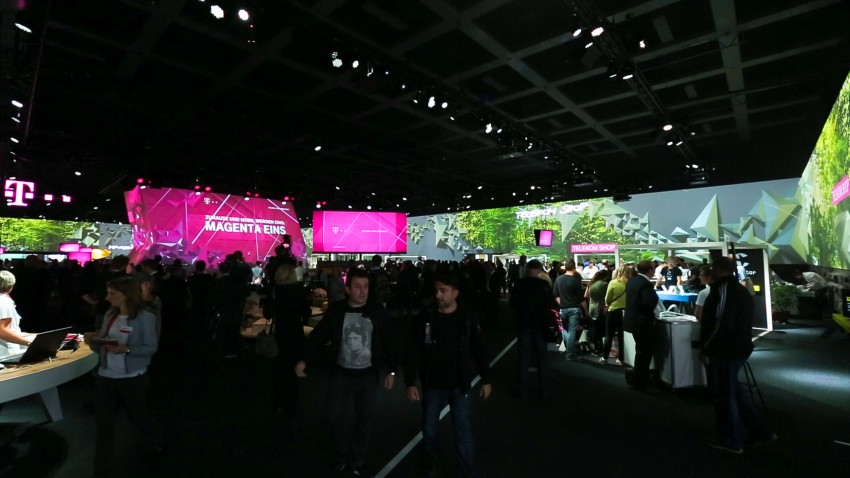 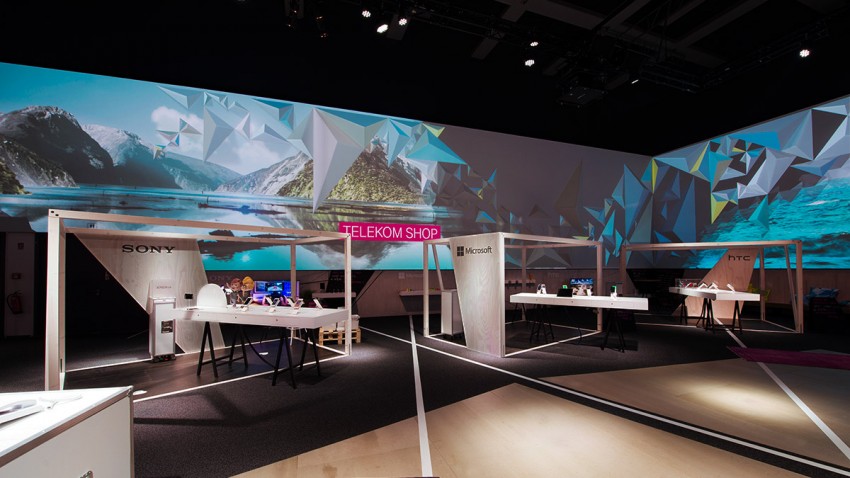 At IFA 2014, Telekom launched its new Magenta 1 pricing scheme via a large-scale mapping production. Based on a concept and architecture by q bus, the Magenta 1 CI was staged in space to impressive effect using hundreds of physical “trixel elements” affixed to the stand’s exterior surfaces as well as a central sculpture.

m box brought these trixels to life via generative projection mapping – and then combined these projections with large-scale embedded moving images. To this end, the m box vvvv based media servers served a total of 48 projectors with graphic modules – all generated in real-time. This generative feed enabled flexible adjustments of the contents on location and optimization for spatial effects.

The basic atmospheric visuals (several scenic loops) were regularly interrupted by an immersive 1-minute “Magenta Eins” production: Throughout this interlude, the entire trade fair booth underwent an even more striking media transformation due to further dimming of the lights and a synchronized 360° soundtrack.

In addition, m box also programmed and designed audio-reactive modules for band PAs and a stage performance with laser tracking controls for the central media sculpture.