vvvv » Blog
» Flutter by Cinimod Studio
This site relies heavily on Javascript. You should enable it if you want the full experience. Learn more.

‘Flutter’ is a new interactive artwork by Dominic Harris of Cinimod Studio that explores the viewer’s encounter with a rabble of virtual butterflies. It is the product of our on-going fascination with the motion of a butterfly’s flight and the iridescent reflections and scattering of light by the scales on a butterfly’s wing. 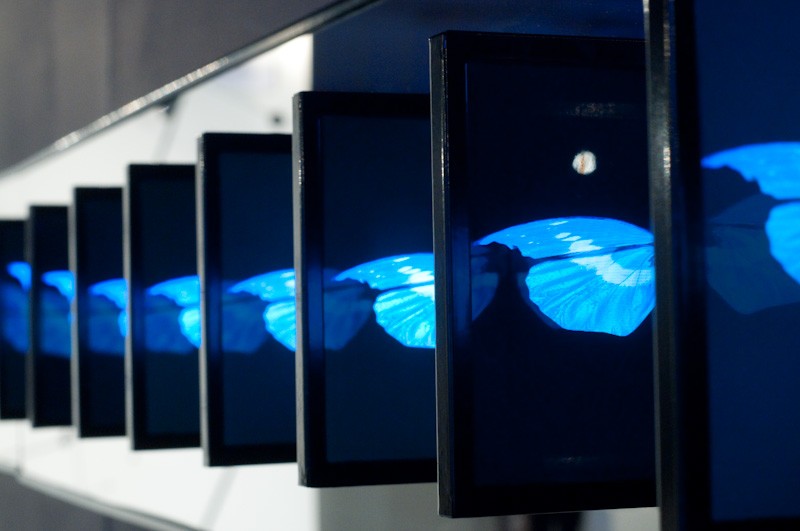 Flutter consists of a linear array of 88 vertical double-sided video fins projecting from a mirrored surface. Butterflies flash through these screens on virtual flight paths, visible for fleeting moments as the light irridesces off their wings. 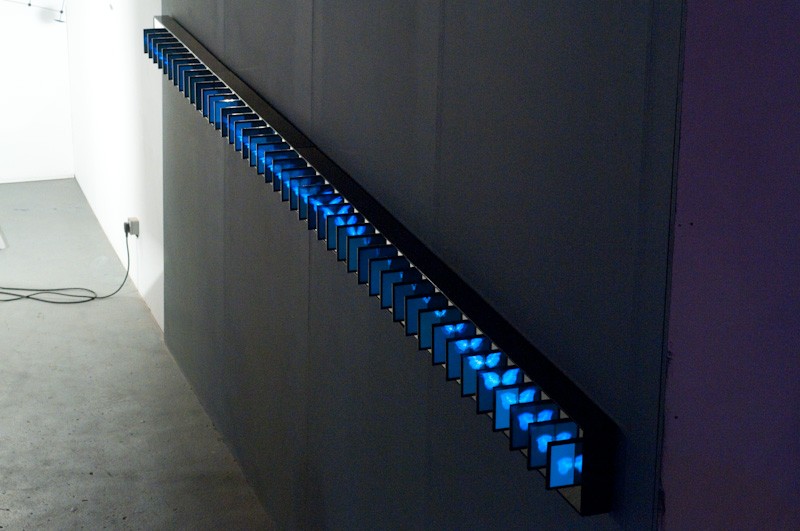 Flutter was first unveiled at the Kinetica Art Fair 2010. In its first incarnation the artwork was being controlled by a VVVV patch that took the data from 2 overhead thermal tracking cameras and interpreted the relevant animation sequence to output to the video fins. As all video data was being stored as full frame uncompressed AVIs local to each screen, the output from VVVV consisted of a simple lightweight artnet DMX data stream. This dmx stream provided the current 'play' frame for each screen refreshed at 60 fps. 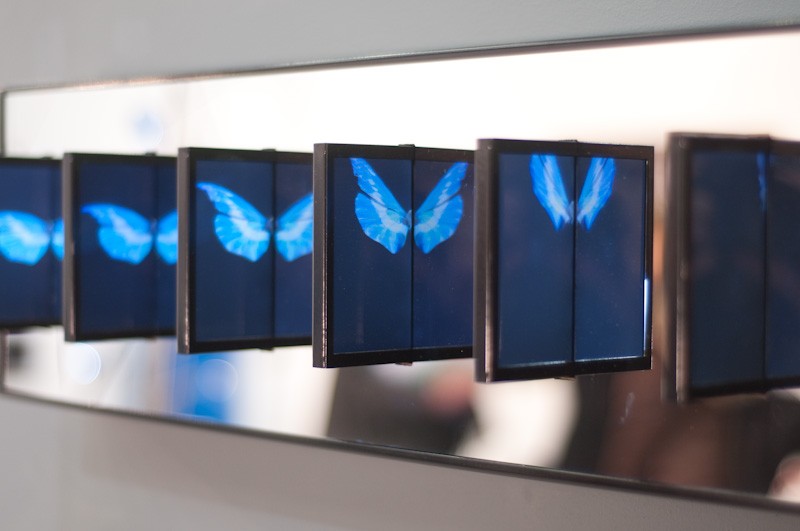 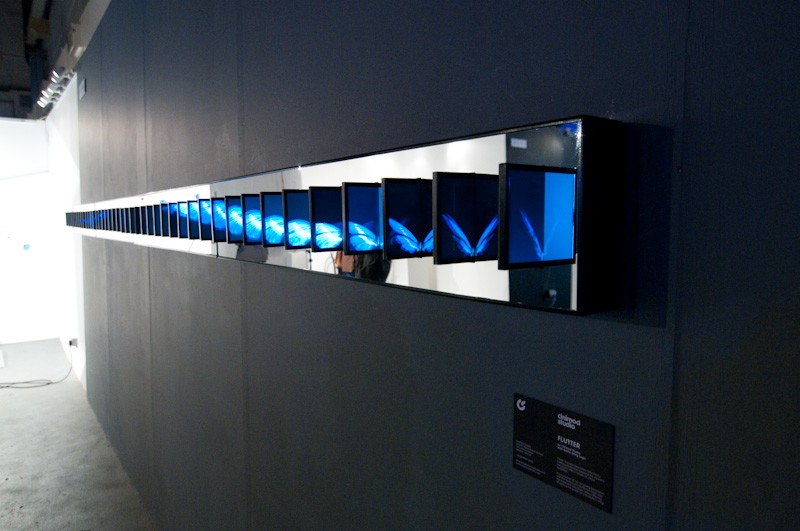