vvvv » Blog
» Device (Leap) help-Renderer
This site relies heavily on Javascript. You should enable it if you want the full experience. Learn more. 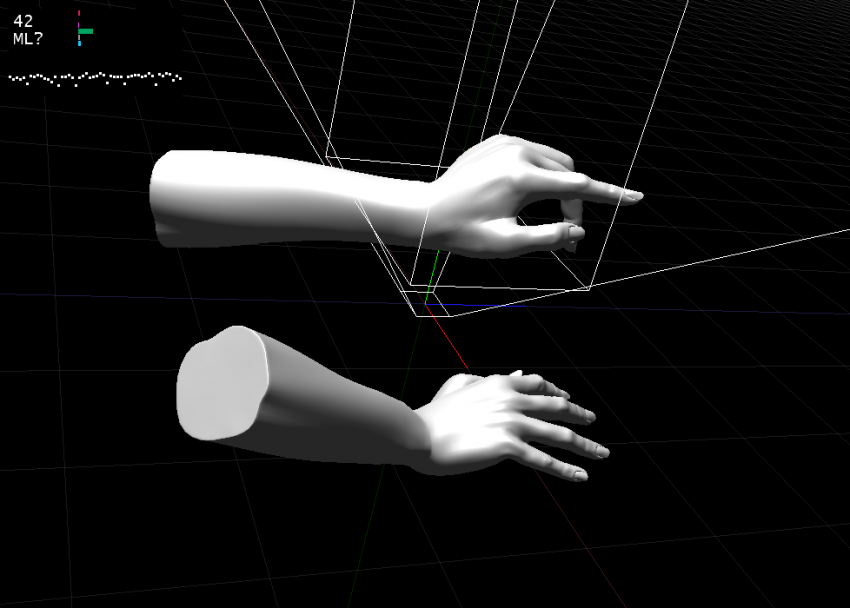 I am from Leap rigging (now with both hands)

haha, you kidding?
been working on this the last week and it drove me mad a little.
finally got it working yesterday, even though I didn't entirely get why.
looking forward to your solution!

hehe! I'm curious about your solution too, because mine is not the nicest one and I don't think so it works with every 3D model, for example the ones which has the same orientation as vvvv. It was built for the models coming with the leap unity examples, and most of the headaches were coming from the orientation of the bones (right handed coords, Z upwards etc). but it also turned out that every bone needed different axis switching and different rotation order. nasty insane messed up shit, i have no idea how others implemented it elsewhere.

I basically also ported all the quaternion stuff from unity.
weirdly enough, they seem to apply the absolute rotations to each bone in the code, which didn't work for me (or I did it wrong).
In the end I got it working by getting each bone's relative rotation to its parent and applying it to the animation transform only ..