vvvv » Blog
» Cinema Vertigo: In Freefall
This site relies heavily on Javascript. You should enable it if you want the full experience. Learn more.

Cinema Vertigo is an interactive audiovisual environment. It is a mobile form of interactive experimental cinema: it exposes the perceptional effect of induced movement - formerly often used by the moving camera in film - and transforms it into a new spacial constellation. Cinema Vertigo’s most distinctive feature is its huge vertical screen format, aligned along the tower of a glass elevator. 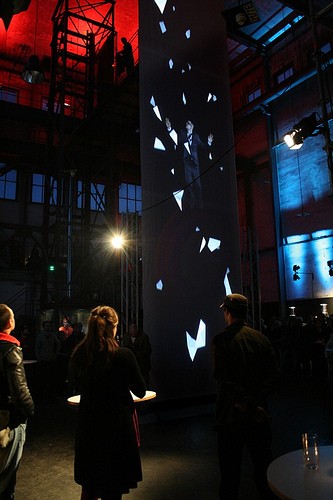 Video of Cinema Vertigo: In Freefall

„In Freefall“ is the title of the first „movie“ played on the Cinema Vertigo platform. It deals with the state of vertigo, a disturbing feeling between motion and standstill. The movements of the elevator as well as gestures and motion of the audience influence visuals and sounds on the tall screen. Without any interaction the screen remains black; if people use the elevator or step towards the screen they reveal hundreds of little origami-like characters, trapped inside a game between rise and fall. 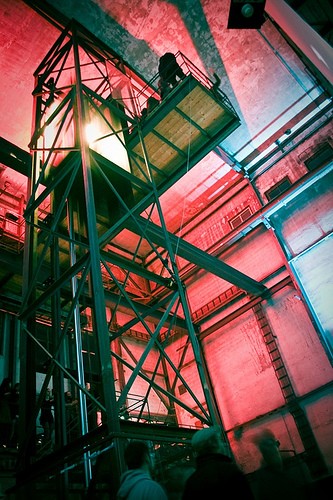 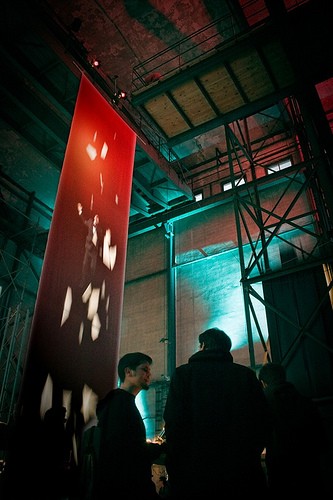 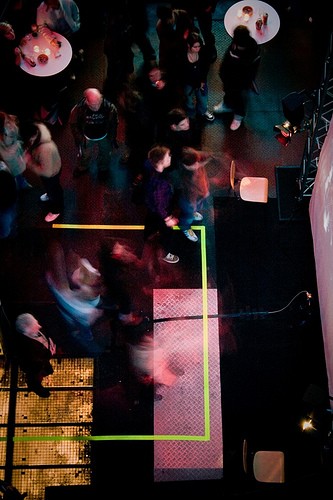 Cinema Vertigo can be adjusted to any architectural space that includes more than one floor. It is able to track movement and the interactive system furthermore can be attached to any other moving element in the room.