vvvv » Blog
» 5th element (Graduation Project - Athens School of Fine Arts)
This site relies heavily on Javascript. You should enable it if you want the full experience. Learn more. 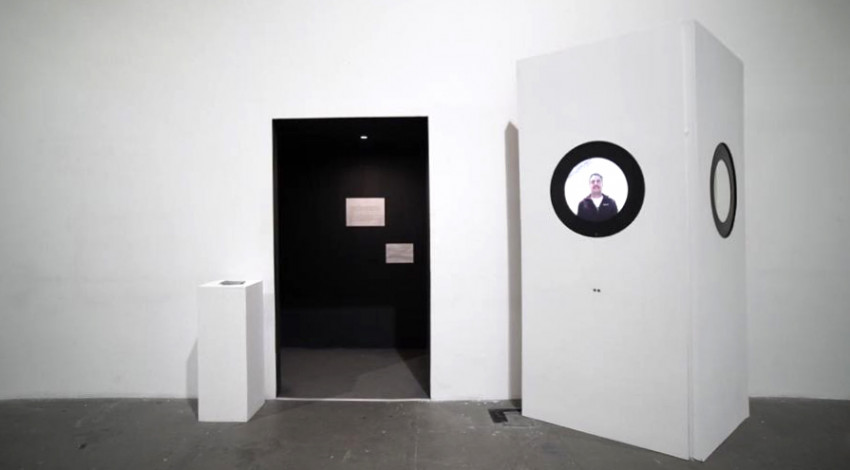 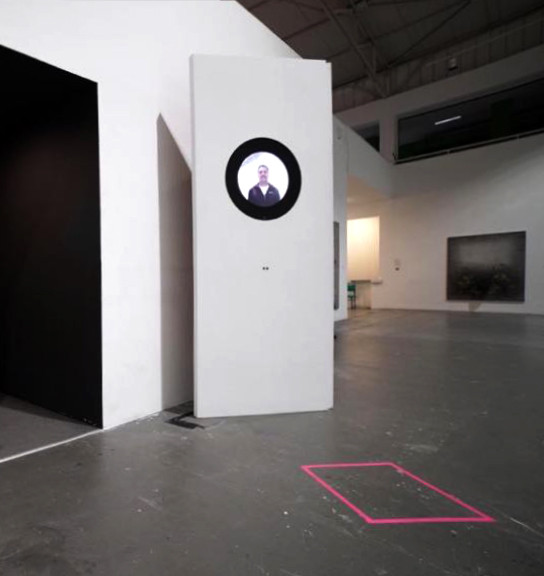 In the context of social media, visual recognition of ourselves as self-directed behaviour and at the same time as a remnant of evolutionary psychology, concludes a narcissistic capitulation of one's survival. Panoptic vision as a power mechanism requires that we observe and be observed and continually comparing ourselves to others, creating an imposter homogeneity. Goebbels stated, "If you have nothing to hide, you have nothing to fear”. The political system, with the moral alibi of “protecting the citizen from potential violations”, contemns the individual to a new form of surveillance similar to the panoptic control system proposed by Jeremy Bentham. Through the acceleration of overall internet traffic and the so on culture of "I have nothing to hide", individual rights cease to exist. Thus, a “pro” security form emerges, seeming progressive, but in fact is the opposite. 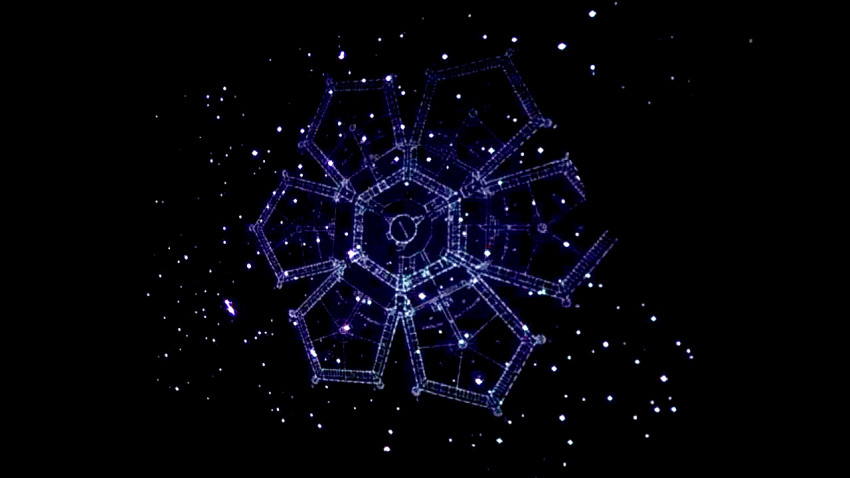 The installation is being consisted by a booth with a mounted mirror and a monitor (right and left side respectively), both are putted in round shaped frames resembling the well known social networking pages' profiles. The mirror stands for self identification and symbolizes the narcissistic aspect of us extrapolating the presence of the monitor on the other side of the booth.
Beneath the round shaped monitor (left side) there is a proximity sensor (connected to an Arduino) and an RGB camera which are both responsible for the motion detection, face recognition and capture.
When the spectator passes by and stands for a while in front of it her image will be captured so it will be revealed without her acknowledgement and few seconds after her departure to the rest of the upcoming visitors.
In order to succeed so both vvvv and VL with its amazing YOLO implementation were used in the benefit of quick recognition, storing images, checking distances and human presence as also for showing back the captured images by using a fairly simple logic.
The installation meant to be portable (rumbling) and compact in a sense that it is lightweight and everything fits in the booth without revealing any cables or the mechanism to the audience.

joreg: @soundreactor looks really odd. could this be some strict antivirus or firewall settings?
read more
follow on twitter