vvvv gamma webinars in May

Here we are now,

vvvv beta just got a bugfix 39.1 release. Nothing big, just getting rid of some annoyances and preparing for the upcoming beta40 which will include latest VL!

We're a month after the initial release of our revvvvolution in visual live-programming. We got some nice feedback on Hacker News, noobusdeer and yar are running a weekly series (in Russian) about it, domj started a therapy session for it and i believe that all the webinars we ran so far were quite well received. This is why we have some more upcoming:

vvvv gamma webinars in May

It seems the initial release of vvvv gamma also runs quite stable so far. We haven't heard of any showstopper buggers, which allows us to already prepare the upcoming releases. We've outlined our next steps on the roadmap page.

Most heavy lifting at the moment is happening towards wrapping VL.Stride into an easily usable 3d engine for everyone. Still hard to make any predictions regarding a preview release, but we hope to at least be able to show some progress soon.

So you see, we're far from bored...In case you are, here are two things for you to watch:

A couple of updates

And as usual quite some activity in the forums work-in-progress section!

That was it for April. Anything to add? Please do so in the comments! 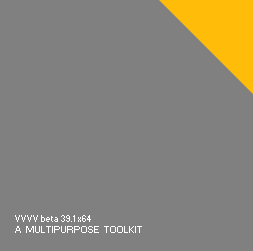 this is vvvv beta39.1, a bug-fix release. It does not yet include the anticipated update to latest VL, which we save for upcoming beta40. We just want to get another stable version out before such a bigger update that including latest VL will mean.

If you have other public nugets that you tested to work with this release, please post them in the comments below!

We regret to inform you that we no longer offer an installer for this release! Please simply unzip this into a good place on your disk. Then run config.exe to install additional requirements, before running vvvv.exe
Download: 32bit vvvv_50beta39.1 | 64bit vvvv_50beta39.1 | See Changelog | 67 Dls
joreg, Tuesday, May 5th 2020 Digg | Tweet | Delicious 0 comments

No changes to the previous version. Just a fresh download.

We will have a little interview with user domj who started our weekly patch therapy. If you didn't need therapy yet.. now you do! Check out https://therapy.domj.net We will get a little wrap up of what has happend there.

Inspired by the Structuresynth he has recently programmed a tool to develop arrays of primitives in order to create instant shells that I will be printing in 3D. To do this he is using InstanceNoodles, Superphysical and VAudio engine. 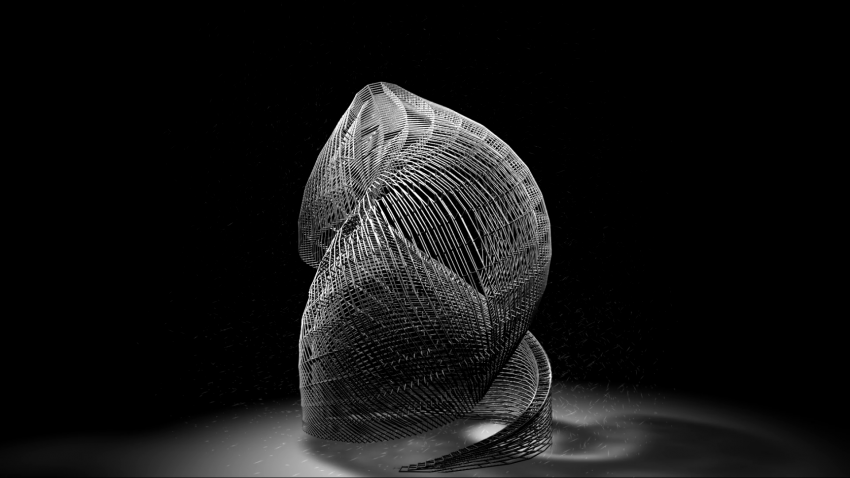 Álvaro Martín Treviño aka AKa-visualsis a visual artist with extensive training in audiovisual production and postproduction and knowledge of realtime applications. A wide professional career endorses him both in audiovisual postproduction for television and in real-time events, carrying out advertising campaigns and live events. See (https://vimeo.com/90342955)
He will talk about his work on VL.FastNoise and VL.SharpNoise 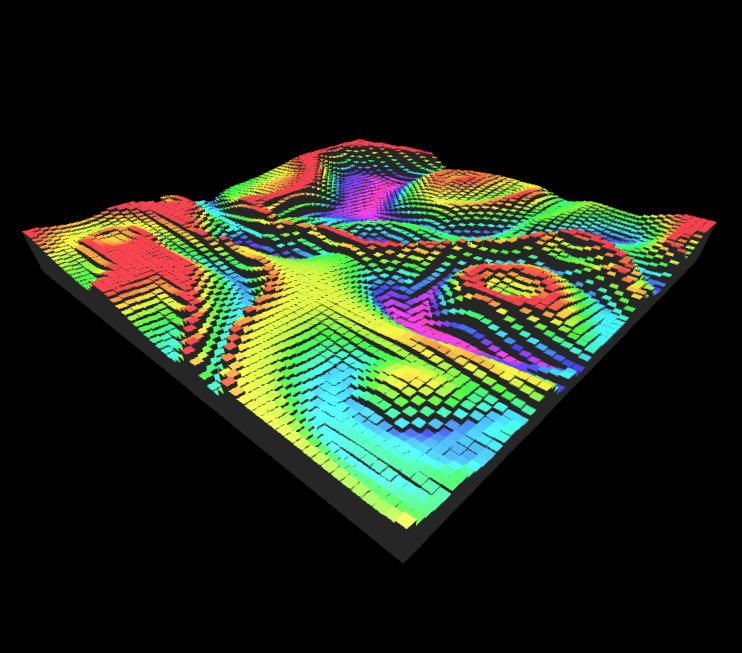 Vadim used vvvv+shaders as a weapon-of-choice for ~10 years, doing high profile VJing/videomapping/installations for living (teaming with antokhio, idwyr, vux, etc. for studio projects. A few years ago he switched to the neural networks, using vvvv now mostly for integration and/or simple extra tasks. Vadim will show few examples of such usage (spout/osc integration, image pre/post-processing), as well as some key findings and achievements in general 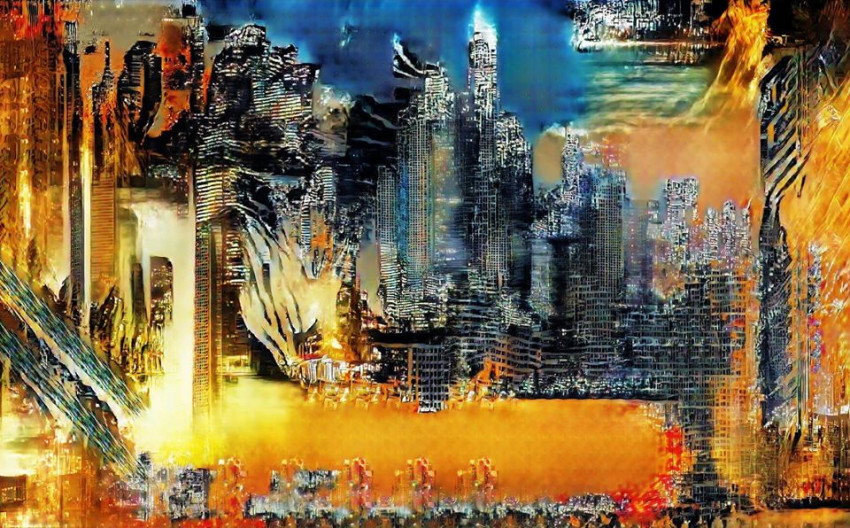 finally dottore will present the current status of VL.Elementa

Here is the plan: We'll be using again a video-conferencing platform for moderators and presenters and will be streaming out to evvvveryone via youtube and possibly other channels as well. Updates on how to use the back channel will be given. Live stream link will be provided here!

Want to join with your presentation?

Please get in touch via meetup@vvvv.org and let us know what you want to present. We'll then get back to you and organize for the streaming.

Hope to get some more international vvvvolks in this way...
we are looking forward to this! a_a_a_a david joreg sebl

we're preparing for a vvvv beta39.1 release and here is a first release candidate. As you'll see in the change-log it is a rather minor update with only fixes. It does not yet include the anticipated update to latest VL, which we save for upcoming beta40. We just want to get another stable version out before such a bigger update that including latest VL will mean.

If you have other public nugets that you tested to work with this release, please post them in the comments so we can all mention them in the upcoming release notes!

And as always, please test and report your findings!

This is my talk at Ircam earlier this year, where I tried to introduce vvvv gamma to an audience not necessarily familiar with vvvv but most likely already with the idea of visual programming. Given the fact that Ircam was the birthplace of Max and PD which are still both in heavy use there.

In 25 minutes I tried to give a glimpse at vvvv by focusing on four things that I believe make it shine:

Also I pretended that it is completely normal to already have a 3d engine with it...

For talk description and recording of other talks see: https://medias.ircam.fr/xcc0abe

In these corona times, it is comforting to know that there are vvvv users out there who have years of experience and are available to help you get things done. Not only for free, but also as professionally paid specialists. So we created this long-overdue list:

The list is manually maintained by the individuals on it. It gives you an overview of who is available right now. Services include:

Are you a vvvv specialist yourself?

Then please add yourself to the page whenever you're available for hire. Also please remove yourself in times you're occupied so that it is easier for those looking for someone to find relevant entries.

Are you a business?

Make sure you're listed on the businesses page.

Do you have a job offer?

Please announce it on the job board.

Now is a good time to get in touch with people or learn something new. Because one day coroner will be a goner and then you will be so ready for things to come!

As if it was yesterday when we first announced our plans for what is now vvvv gamma. It has finally landed. Please read all about it in the still hot vvvv gamma 2020.1 release announcement.

So now is really the time to jump onto it and for this, besides the growing number of video tutorials, in April, we offer this series of webinars.

Despite corona, meetups are still happening, but online! This means that now everybody can join us and present what they're working on. Get inspired by the recording of the first edition and if you have something to show or discuss, please head over to the #2 vvorldvvide Meetup and let us know.

And one more not to miss: Festung Dresden as posted by colorsound.

That was it for March. Anything to add? Please do so in the comments!

The first official stable version of the all-new vvvv gamma 2020.1 is available for download and purchase now. And here is a first look at it for those who haven't dared to play with it yet:

This is vvvv gamma.

After more than 7 years in research and development and a full year of public preview, we're happy to have reached this first major milestone. Many thanks go out to all of you who've participated in our public bug hunt and who spent their time testing an evolving system and giving valuable feedback that allowed us to come this far. We take a deep bow before you!

We believe vvvv gamma is a novel approach to visual programming that brings it to a level where it can be useful beyond its traditional niche. Like this, we hope to continuously grow the community and allow existing users to expand their expertise and allow them to realize more complex and stable programs.

Still not convinced? Please head over to our preliminary page onhttp://visualprogramming.net where we've prepared a convenient list of selling points for you. And tell your friends and family!

Buy vvvv gamma for commercial use

Starting today, as you're working on a commercial project using vvvv gamma, you need a license. So if Corona hasn't canceled your work and you're in the lucky situation that you can use vvvv gamma commercially already, please head over to the store now and insert coins.

You'll see that all gamma licenses have an early bird discount of 20% applied automatically. We'll run this promotion for at least a month from now and reevaluate then.

Further, if you've bought a commercial license of vvvv beta since April 1st, 2018, you are eligible to apply an additional discount of 20% to one of your future orders. This discount applies to all vvvv gamma developer licenses of one order. To do so, simply use the coupon code GIMMEGAMMA at checkout.

If you are a freelancer who has worked for projects since April 1st, 2018, where a company bought the licenses but you would now like to get your own license, you can also be eligible for the GIMMEGAMMA discount. Please get in touch via licensing@vvvv.org with a verifiable claim that you've worked for a commercial vvvv project and we'll get back to you.

Note that while the early bird discount will run out at some point, the GIMMEGAMMA discount will be available to eligible users without any time restriction.

We've promised to have subscription plans that will be 30% cheaper from the second year onwards. These are still planned to come within the coming year and everyone who buys an annual license now will have a chance to convert to such a subscription in time.

Accordingly, consider today's release milestone number five of many more to come. While in most aspects vvvv gamma is already much more advanced than beta, obviously the current state still is not a replacement for it. The most obvious part still missing is the announced integration of a 3d engine. Work on this has been progressing nicely but only now we can fully concentrate on it and work towards a first release, which will be milestone six.

So we're still keeping the fireworks low for now and are diving right into the next steps. This doesn't mean that you shouldn't be most excited and start using VL to its full potential. Start with the video tutorials and watch this space for an announcement of more webinars...

We hope you find vvvv gamma useful and we keep looking forward to your feedback!
Yours, devvvvs.